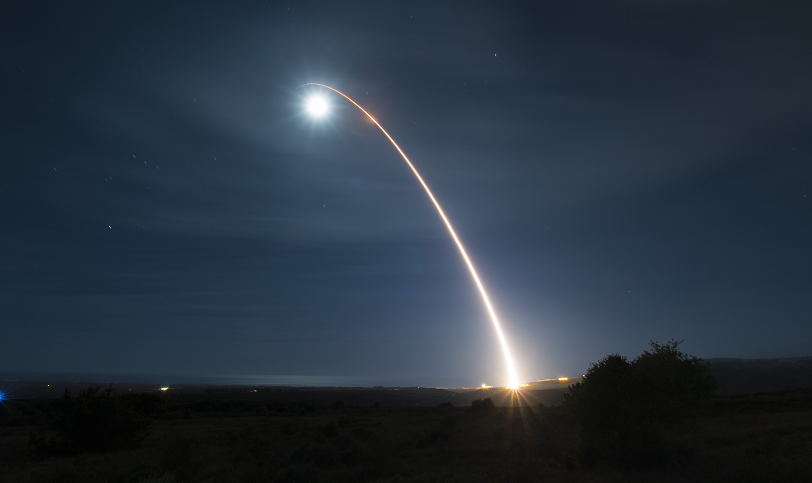 The missile test happened at Vandenberg Air Force Base a little past midnight. The missile’s reentry vehicle has landed 4,200 miles from the launch site near the Marshall Islands.

The test was conducted by the Air Force Global Strike Command and took place at the home of the 30th Space Wing at Vandenberg. The 30th Space Wing is responsible for overseeing launches at the southern California military base.

The United States has operated the Minuteman III since 1970 and today there are 400 missiles spread alongside the western United States. Each active duty missile is equipped with either a 300 or 355 kiloton thermonuclear warhead.

Overseeing space launches will likely the majority of the newly formed Space Force’s activities. The service will also be responsible for maintaining the military’s satellite constellations.

Even though the Minuteman III is an old missile, it has been modernized throughout the years. Yet still, the United States Air Force is planning on obtaining a new missile to replace the Minuteman III, the Ground Based Strategic Deterrent. Popularmechanics.com reports that the new missile will replace all Minuteman III missiles at a cost of approximately $85 billion.

Was Missile Technology Target of Cyberattack?

How to Respond to Hypersonic Threats