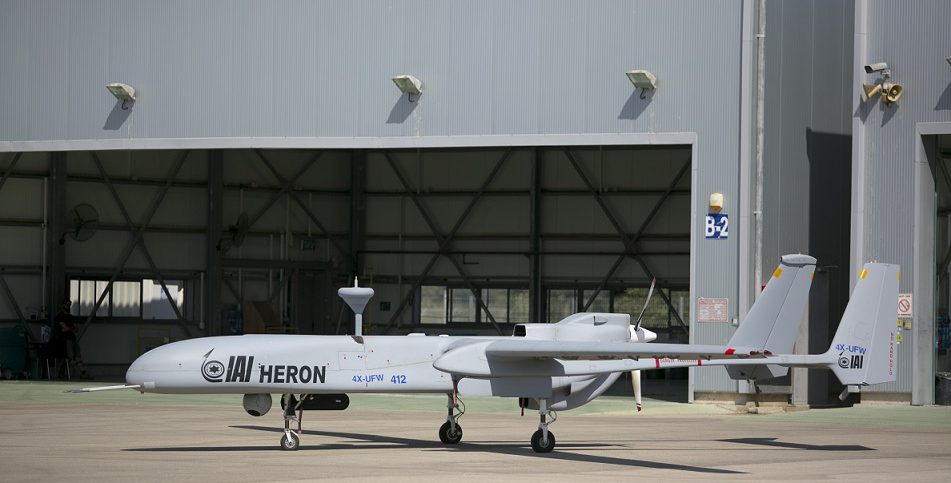 Israel Aerospace Industries (IAI) is unveiling the HERON MK II, a Multi Altitude Long Endurance (MALE) Unmanned Aerial Vehicle (UAV). This is an updated model of the HERON UAV, which is used by the Israeli Air Force and is operational with over 20 other organizations worldwide. Using the most advanced technologies developed by IAI to date, the HERON MK II is a strategic and versatile aircraft capable of carrying diverse payloads.

According to the company’s announcement, the standout feature of the HERON MK II is its ability to perform Standoff Capability, gathering intelligence from tens of kilometers away without crossing borders, thanks to its ability to carry larger and improved sensors. In addition, the HERON MK II has an improved engine and avionics.

Fitted with a Rotax 915 iS engine, the HERON MK II can reach an altitude of 35,000 feet, a maximum speed of 140 knots and can remain in the air for 45 consecutive hours. Due to improved manufacturing technologies, the HERON MK II has a wider and stronger body structure, allowing for quick and easy maintenance without adding to its weight. The HERON MK II enables new configurations, has long-range observation sensors and radars, and can carry a wide range of additional payloads such as: ELINT, COMINT, special and more.

According to IAI Executive Vice President and General Manager of the Military Aircraft Group, Moshe Levy, “the HERON MK II allows for considerable expansion of the operational package with an emphasis on standoff intelligence collection. The new member of the HERON family, already considered one of the prime strategic UAVs in the world, allows us to expand our range of operational solutions we offer our customers.”

IAI to Develop Satellite with “Smartphone in Space” Capabilities

Israeli Radar Systems on Their Way to Czech Republic and NATO