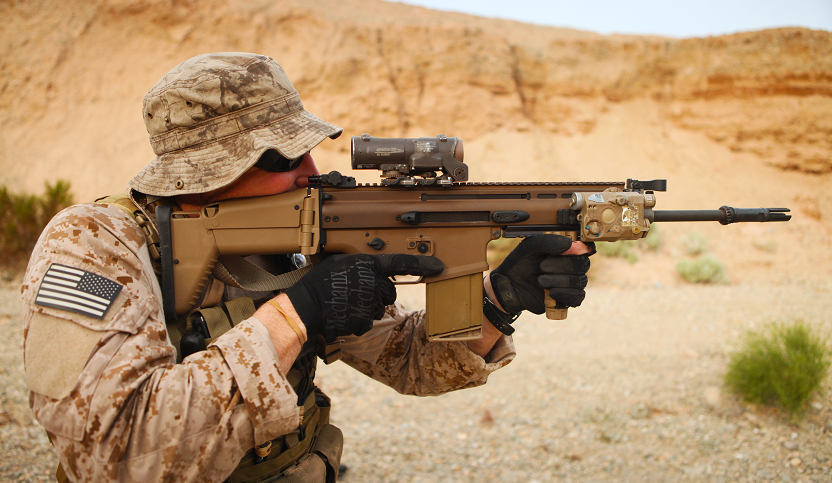 The French Defense Ministry has recently announced that the French military has chosen the fifth generation of Glock 17 pistols to replace its older supply of PAMAS G1s and MAC 50s. The military is also planning on acquiring several FN SCAR rifles.

The recent procurements of Glocks and SCAR firearms by the French Armed Forces are part of a larger effort to upgrade the force’s small arms. The effort began back in 2017 when the French military began replacing its FAMAS rifle with the German made HK 416.

French forces have already received the first few shipments of Glocks, with approximately another 74,600 more to be delivered by 2022.

The Glocks are also expected to replace the force’s supply of PAMAS G1 pistols, which are just a modified version of the Beretta 92- which first entered service in 1989 according to Thedefensepost.com.

The contract with Glock also includes purchasing ammunition from Sellier and Bellot, a Czech company, and have UTM to modify the Glocks used for training purposes. The contract is worth about 44 million Euros.

The SCAR is a 7.62 x 51 mm weapon with a 20 inch barrel. The weapon has been designed for the United States Special Operations Command and is used by militaries from all around the world, including Germany, France, Malaysia, Turkey, India, South Korea, and more.

France has purchased the SCARs as part of a 100 million Euro contract. The procurement of the SCARs also include infrared and light intensification modules for nighttime shooting, as well as precision ammunition for the rifle.

Watch: A New Railgun Could Have Been Tested

The Dangers of The Dark Web