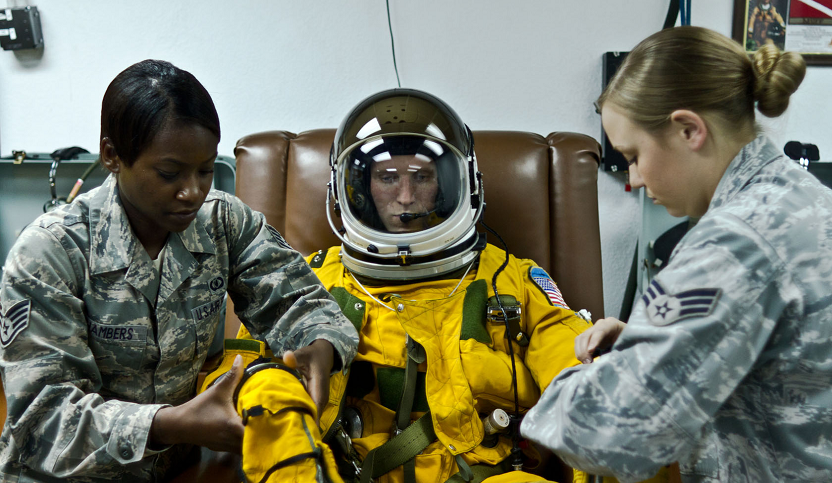 The pressurized pilot’s suit of the veteran spy plane, the Lockheed U-2, is getting a set of new technological upgrades.

The CIA and the United States military have been operating the U-2 spy plane for over 60 years. First developed by Lockheed, the one manned aircraft has been designed for all-weather, ultra-high altitude reconnaissance and intelligence gathering missions during the Cold War.

The 19 meter long, 32 meters wide spy plane is powered by a turbofan engine, giving the jet an endurance of 12 hours, maximum speed of over 650 kilometers an hour, and a payload capacity of 2,300 kilograms. However what makes the aircraft special is its ability to fly at incredibly high altitudes, approximately 80,000 feet, more than twice as high than commercial airliners.

Flights at such high altitudes require the plane’s pilot to wear a pressurized flight suit. Even though the cockpit is normally pressurized, pilot’s are still required to wear full body pressurized suits in case a sudden loss of pressure were to occur in the cockpit, this could risk the mission and the pilot’s life.

Pilot’s have been wearing the U-2 flight soon since the aircraft’s first flight. However as time went on, technology advanced and now the United States Air Force is continuing to improve the pressurized flight suit, which highly resembles an astronaut’s suit.

The David Clark Company has been the single manufacturer of flight suits for U-2 pilots for over five decades, according to Military.com. The company claims that the next generation of the flight suit is developing at a rapid pace.

Each suit manufactured is customized to fit each pilot. Popularmechanics.com mentions that the company uses laser body scans and 3D anthropometric modeling to measure the pilots. Since U-2 pilots fly for 10-12 hours at a time, a comfortable fit is crucial. Suits are built from either molds or 3D printing and each component of the suit is assembled by hand.

The company has also mentioned plans to improve the suits with improved material and touchscreen friendly gloves.

The United States Air Force had made plans to retire the planes in 2019, however those plans have been canceled and the U-2 spy plane will continue to fly for the near future. There are currently only 26 U-2 aircraft worldwide.