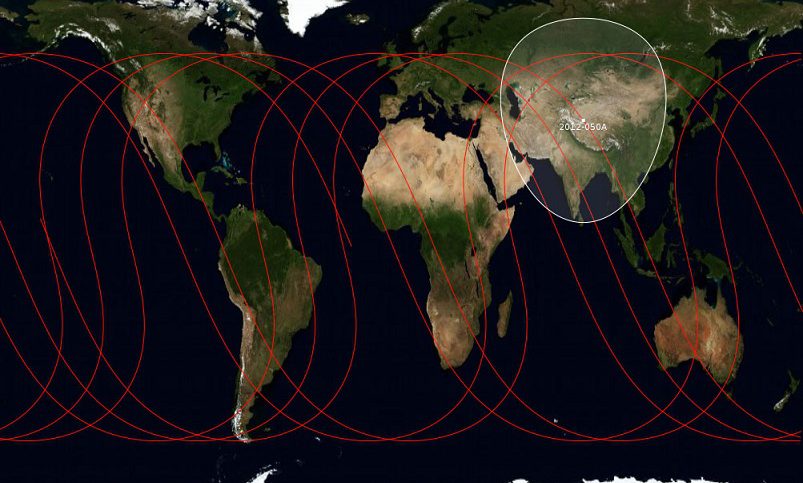 A new global navigation satellite system will soon join the US Global Positioning System (GPS), Russia’s GLONASS, and the European Union’s Galileo. China is developing an alternative GPS network, increasing the pace of its decoupling from U.S. technologies. China’s breakthrough Beidou network of satellites will relieve Beijing of a political concern that the US could cut off China’s access in the face of developing geopolitical tensions.

China’s network of 35 satellites will exceed the U.S. system that’s currently in place. The technology launched in 2000 will be completed by the first half of 2020, and already has a potentially massive user base as more than 70% of Chinese smartphones are now ready to use its positioning services, according to a report in the Nikkei Asian Review.

The Beidou network is integral to China’s long-term plans to dominate the next generation of telecommunications services and — coupled with China’s advances in fifth-generation wireless communications technology — represents a significant challenge to the U.S. hegemony over telecommunications infrastructure, according to techcrunch.com.

The launch of the final two satellites is planned by June 2020.

A test of how these technologies could work in tandem is being developed in Wuhan, where both 5G and Beidou’s mapping technologies will be used to create an autonomous vehicle testbed on a 28-kilometer stretch of road.

Future plans call for a smarter, more accessible and more integrated system with Beidou at its core, to come online by 2035, said Project director Ran Chengqi.

It’s against this backdrop of increasing activity in space — even as tensions mount terrestrially — that the U.S. created the latest branch of its armed forces under the moniker of the Space Force.