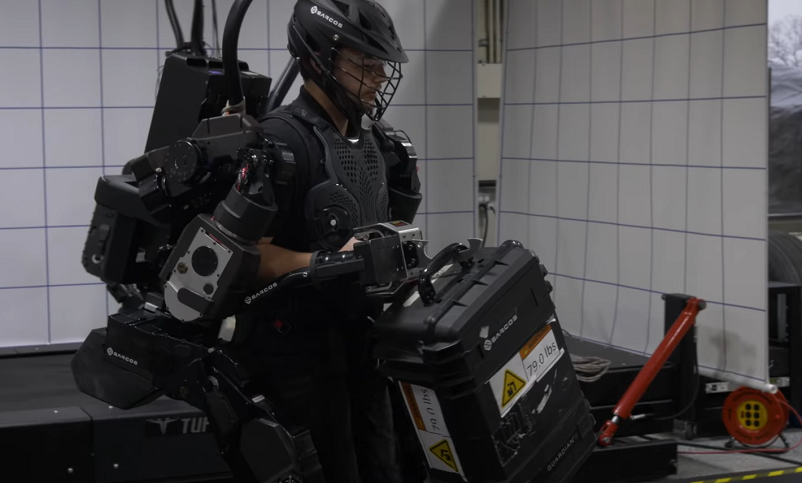 A producer of human augmenting robotic technology has recently unveiled a new full body, powered exoskeleton. Sarcos Robotics has unveiled the Alpha version of the Guardian XO industrial exoskeleton. It is the first battery powered wearable robot that can make humans capable of lifting up to 200 pounds for extended work sessions. The wearable robotic suit also allows humans to be capable of walking at about regular speeds.

The Guardian XO has been designed to augment humans rather than replace them. The system addresses labor shortages and helps increase occupational safety across many different industries. The system empowers people and enables them to be able to accomplish physically demanding tasks without breaking a sweat.

The United States military has purchased some of the first Guardian XO Alpha units and is expecting to receive them this January. Businesswire.com reports that the initial vision and funding for the Guardian XO comes from the Defense Advanced Research Projects Agency (DARPA) and that the suit has been under development for 20 years.

“The Guardian XO is a great example of what can happen when private industry and government join forces with a small, innovative team to address a common challenge,” said the CEO of Sarcos Robotics, Ben Wolff.

The first commercial units of the exoskeleton are expected to ship to customers in late 2020.

The company claims that the delivery of the first Guardian XO exoskeletons represent the first time in history that industrial and military customers will gain access to a full body, powered exoskeleton.

“With the growing shortage of skilled labor across industries and the rising social and economic costs associated with occupational musculoskeletal injuries,” said Wolff. “We have an enormous opportunity to benefit employees and companies alike.”

Soon: Exoskeletons to Be Adapted to Soldiers’ Needs