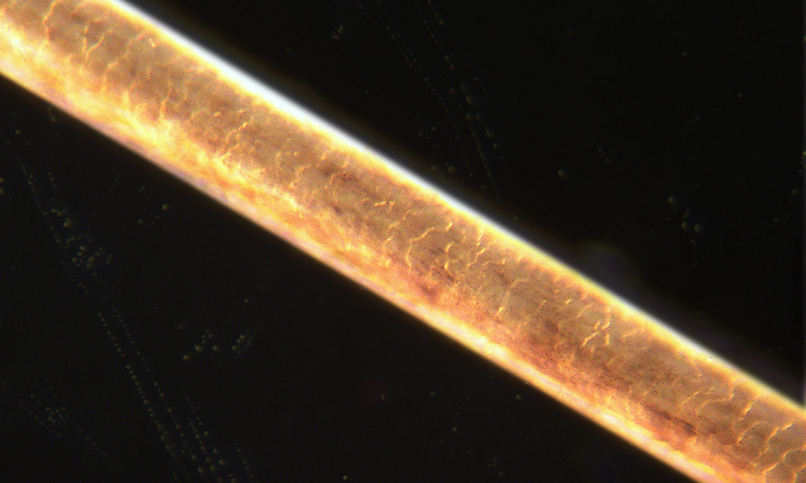 Scientists have recently succeeded in identifying people using short lengths of a single strand of hair, without an attached hair follicle or skin cells. In a report published in the Journal of Forensic Sciences, scientists explain a new technique that requires much less hair in order to identify a person via his hair. This technique is done by scientists running pulverized hair through a mass spectrometer in order to analyze and compare data.

Hair contains proteins called genetically variant peptides (GVPs) that can be used to identify individuals. However, GVPs are not as unique as fingerprints or DNA, but are still useful enough to rule out suspects. The chances of two people having the save protein sequence in their hair is somewhere between one in one million to one in ten million according to Sciencemag.org.

Using GVPs to identify suspects is not a new concept, however previous methods to match GVPs involved involved destroying the hair and hoping enough proteins have survived to be able to identify, according to Popularmechanics.com. This method is not as concrete and could lead to inaccurate data. The team of scientists at the National Institute of Standards and Technology (NIST), have managed to preserve much more of the hair while also making it easier to study.

There are several ways for investigators to obtain a suspect’s GVPs, however the simplest method is via the suspect’s hair. Just one section of one strand of hair should be enough for scientists to analyze its GVPs.

However there are drawbacks to the GVPs method of identifying suspects. In order to treat and analyze a small piece of hair, scientists will need about a days worth of time to obtain the data they need to identify a suspect. In the case of a serious criminal investigation, that may be too much time.

So far, no hair GVP information has been used in court as evidence against a suspect.