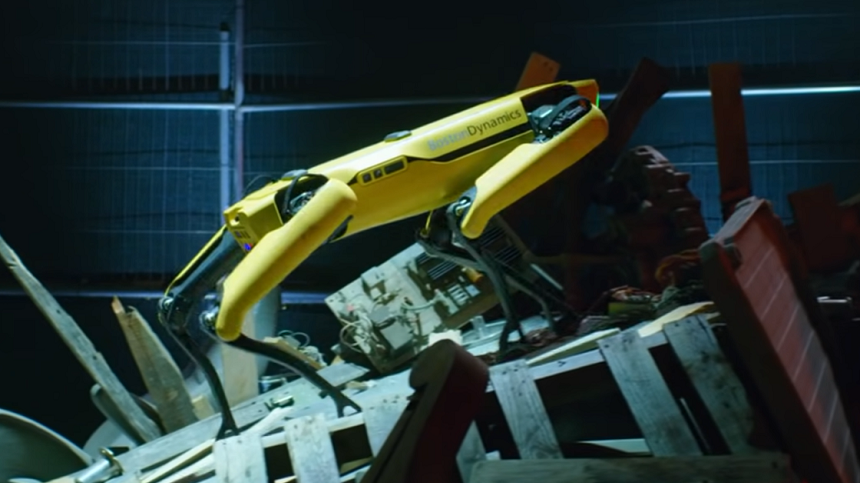 The Massachusetts State Police force has recently become the first law enforcement agency in the United States to operate a robotic dog during an operation. Developed by Boston Dynamics, the robotic canine, known as Spot, was first introduced in several videos released by the company several years ago. Ever since, the videos  released have showcased the robot’s ability to go up and down stairs, open doors, run, and more.

Massachusetts State Police have “leased” the robotic dog for a ninety day period between August and November. During that time, Massachusetts State Police evaluated the robot’s capabilities for law enforcement applications, specifically remote inspections of dangerous materials and environments. It has been confirmed that Spot was sent on at least two different operations, however no specific details regarding the operations have been released.

Aside from law enforcement, the seventy pound dog has several other possible applications. The robot went on sale earlier this year and is now shipping to early adopters. The early adopters are using the Spot to monitor construction sites, inspect gas, power, and oil installations, and more. The robot could also be great for cleaning up nuclear disasters, such as the Fukushima Daiichi nuclear disaster. The robot can be controlled by a human operator, however most of its movements occur automatically.

Washingtonpost.com reports that Boston Dynamics have programmed the robot to not be able to intimidate or physically harm people.

Boston Dynamics have also been at work developing many other animal like robots, such as the Wildcat or BigDog. The Wildcat is capable of running at 32 kilometers an hour while still maintaining balance.

The company has also been busy developing humanoid robots such as Atlas. Atlas stands at 1.5 meters tall and weighs 80 kilograms. It is not only capable of walking upright, but also capable of jumping, somersaulting, and rotating 360 degrees when in the air.