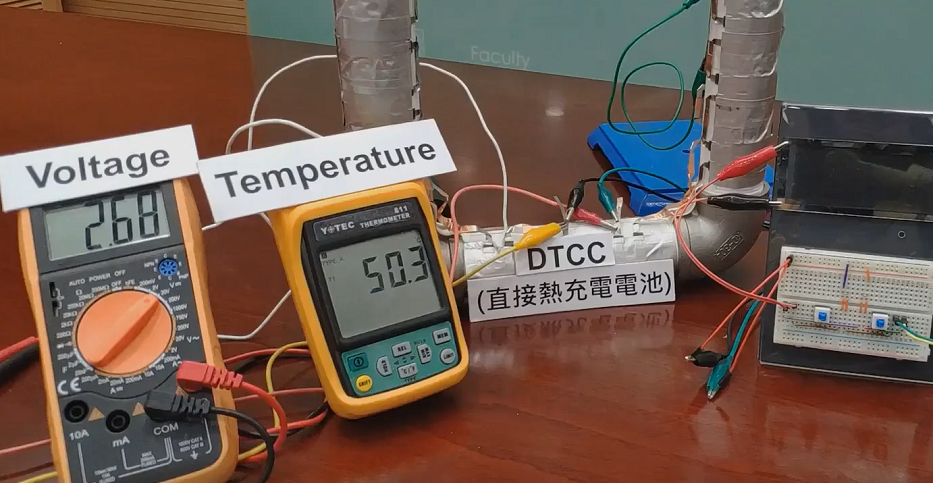 Not always do factories, industries, and militaries optimize their energy consumption. There is a lot of energy hiding in the form of potential energy that organizations can utilize. Militaries especially, out in the field have to depend on generators and heavy fuels to power their electronics. Hopefully that may change soon.

Researchers at Hong Kong University have recently invented a device that is capable of converting low grade heat into electricity. Low grade heat, or waste heat, is heat that is produced as a byproduct by machines and all organisms.

Two years ago, the European Union has published a report regarding low grade heat. The reports mentions that potential energy stored in waste heat is considered a wasted opportunity if not recovered and converted to usable energy. The report also mentioned that “most of the discharged heat during industrial processes is qualified as low grade heat (under 200 degrees Celsius)” and is considered very difficult to utilize.

The team of researchers from Hong Kong University have developed a direct thermal charging cell (DTCC) which utilizes low grade heat to create energy. The researchers have demonstrated the DTCC by having it power an organic light emitting diode (OLED). The DTCC developed is also stackable, bendable, and low cost.

Being able to recapture the waste heat emitted by factories and industries would be a win-win for environmentalists and the factories and corporations alike. By using the environmentally harmful heat and carbon emitted from industrial work to create relatively clean energy would be a great use of killing two birds with one stone.

Technologies such as the DTCC contribute to the environment and to industries, making it possible to neutralize, or at least minimize, a factory’s harmful environmental waste.

On a larger scale, technologies such as the DTCC can be used in remote locations by militaries to further power their electronics and vehicles. Low grade heat could be recaptured from vehicle engines, electronics, and possibly even gunshots.

On a smaller, yet more advanced scale, it may be possible that one day researchers will be able to salvage the low grade heat that our bodies give off whenever we run, walk, eat, or breath. Considering that our bodies give off very little excess heat, the energy salvaged from these processes will likely be minimal, but nonetheless the idea of having your body heat charge your phone is a very attractive idea.

This Drone Can Change its Center of Gravity During Flight