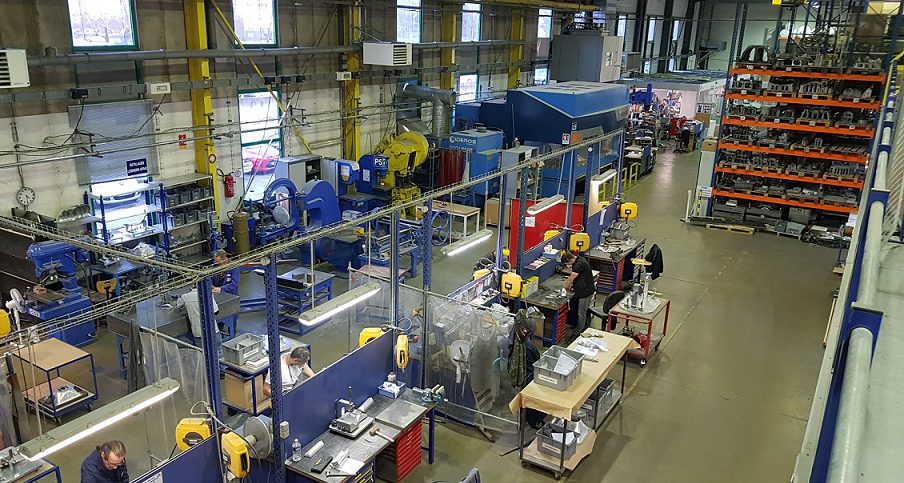 Industrial connected devices, the Industrial IoT, is a real opportunity for industries to share efficiently their resources and increase their productivity. However, network sharing results in considerable security challenges, as even a single hacked device is enough to expose

these massive networks to critical vulnerabilities. The problem is manifested in industries from all sectors – from security and defense to low-tech industries, smart municipal services, etc.

EasySec Solutions, an ingenious startup that started at the iHLS Security Accelerator, developed a pioneering security solution based on an easy, transparent, plug-and-play architecture: an access management and cyber protection in one platform for industrial connected devices.

The company was recently ranked in the top 10 most promising cyber providers by siliconindia.com.

The company developed a box which isolates the device from the network, supplying device access control, encrypted connection and monitoring. This way, only authorized users can access the device; the administrator can see in real-time his multi-site and multi-vendor network device, access history, anywhere and anytime and get security alerts and produce audit reports.

The technology offers a sole security console to manage and monitor all the devices, even if they are dispersed around the world.

The secret is the simple and easy to use administration interface that is suitable for low-tech equipment operators. With EasySec’s technology, you don’t need to choose anymore between security and efficiency linked to the IoT new opportunities.

EasySec Solutions’ co-founders, CTO Avraham Darmon and CEO David Bellaiche, started at the Accelerator with a finding: the basic data protection and access control solutions available in the world of IT in for several tens of years cannot be implemented in the world of IoT. It follows that the connected devices are vulnerable to many cyber attacks.

Even when there are basic security measures, the users did not bother changing the manufacturer default password, and encryption processes were not applied due to their setup complexity. The entrepreneurs found out that the problem was especially acute in the field of video surveillance, which was completely vulnerable to attacks.

After a few discussions with Hikvision, the largest worldwide security cameras company, they decided to focus on this market. At this time, they joined the Accelerator with an initial idea, their algorithms and the firm intention to validate the existence of the problem and the lack of solutions in the field. During the program, they were exposed to the startup world and the security ecosystem, finding out even the defense industries lack security, and are therefore locked in a closed network. Other organizations, such as local municipalities, who did not find adequate solutions, resigned themselves to accept the risks.

Avraham Darmon says that they received the first push for action at the Accelerator: Upon joining the program, they were asked to prepare a demo model for an iHLS conference and exhibition held only two weeks later, a mission that required day and night work to meet the schedule.

The Accelerator opened for the company the door to meetups with many government and defense organizations, which supplied them with leads (including with IAI, Elbit Systems, Israel Police, Mer Group, etc.). During that time, they recognized the extent of the problem in the defense and government sectors, and the lack of a suitable solution in the market. This has strengthened the importance of their product to unleash the Internet of Things opportunities. 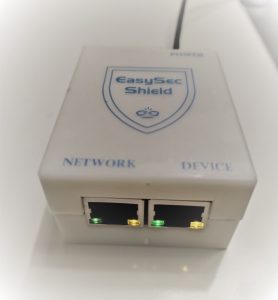 Another turning point was the shift from large organizations that advance very slowly to the private market of the physical security and the industrial IoT. Their first customer was Nimrod Group. This company, a supplier of helicopter mechanic parts to aviation giant Airbus, understood the need to secure his production line robots. The product is deployed there since December 2018, only nine months after the company’s foundation!

ThinGUARD is the only solution enabling both access administration and cyber security for connected industrial devices.

In the world of industry and low-tech, security must be robust but simple to configure, and especially transparent – in order not to disturb the production line and the workflow. Indeed, the product is based on easy configuration and transparency from the point of view of work habits.

The architecture is transparent to end users and administrators alike. There is no need to change your regular software, the deployment model is really plug and play.

The technology attracted the attention of several integrators in France, five of them ordered the product in order to protect physical security devices: cameras, alarms, smoke detectors, etc. In parallel, the company was also contacted by a large integrator to secure an oil tank monitoring system. 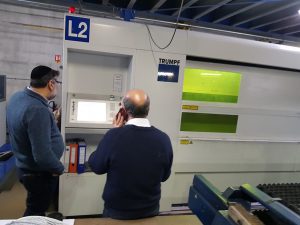 Recent advances in regulation have opened more opportunities for the company. In Europe, this once unprotected field has been regulated within the framework of the EU GDPR legislation that defends European citizens’ privacy and information.Moreover, the CNPP (private organization publishing recommendations used by insurance companies) added to their recommendations a cybersecurity and access control layer for alarms, security cameras, etc. Beginning this year, this cyber-defense layer has become compulsory according to insurance companies standards – a move that opened a new market for EasySec’s product that responds exactly to this need.  After listening about EasySec Solutions product, the CNPP expressed their satisfaction with the range of thinGUARD features and the multitude of problems they solve.

The entrepreneurs say their company received a considerable momentum during the iHLS Accelerator, mainly in three important aspects:

The company is in the process of raising $5 million.

Today, EasySec employs 10 workers, cybersecurity experts coming from Cisco, NDS and Check Point. The company’s headquarters are in Jerusalem, and it has an operating center in Paris, as most of its customers are in France, UK and Germany.

What are IoT Devices Most Vulnerable To?