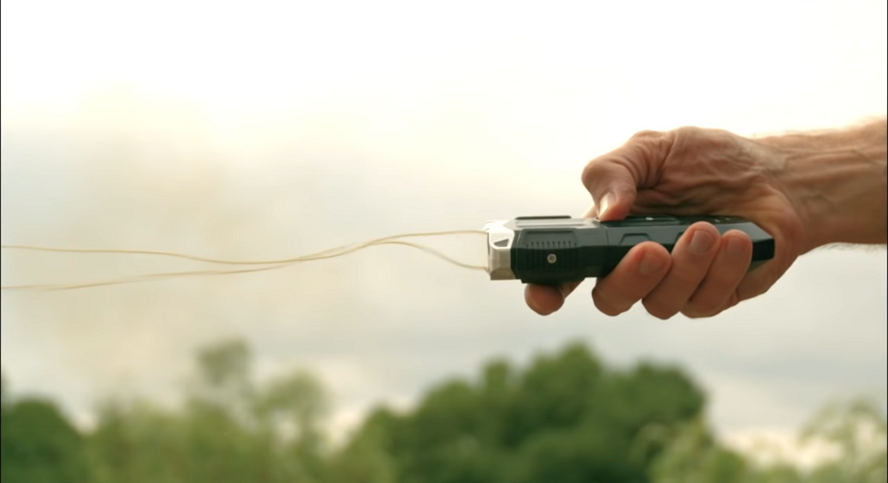 Developed by the Arizona based company, Tempe, the BolaWrap 100 is a handheld device capable of firing an eight foot Kevlar cord with a barb at each end. Once fired, the cord wraps itself around the target, safely restraining him until the police officer can take further action.

The device was created so that law enforcement agents can restrain suspect and take control of a situation without risking any injuries or deaths. Compared to bean bag guns, tasers, and pepper spray, the BolaWrap 100 is a much safer alternative.

The device is about the size of an adult’s hand. The cord is fired with the help of .380 charge blank, while a laser helps the operator with aiming the device.

Wrap Technologies claim that the cord is strong enough to keep a person from raising his arms, if the cord is wrapped around the target’s torso and arms. Once restrained, the wrap can be easily cut off with surgical scissors.

In order to not harm any bystanders, the device is recommended to be used only if the target has about 3 feet of free space near him.

The BolaWrap 100 has already seen live action according to Dailyadvance.com. SWAT teams in Texas were the first to use the device in the field. SWAT teams used smoke grenades to clear out a house and when the suspected hostage-taker tried to escape, officers deployed the BolaWrap to stop him from escaping.