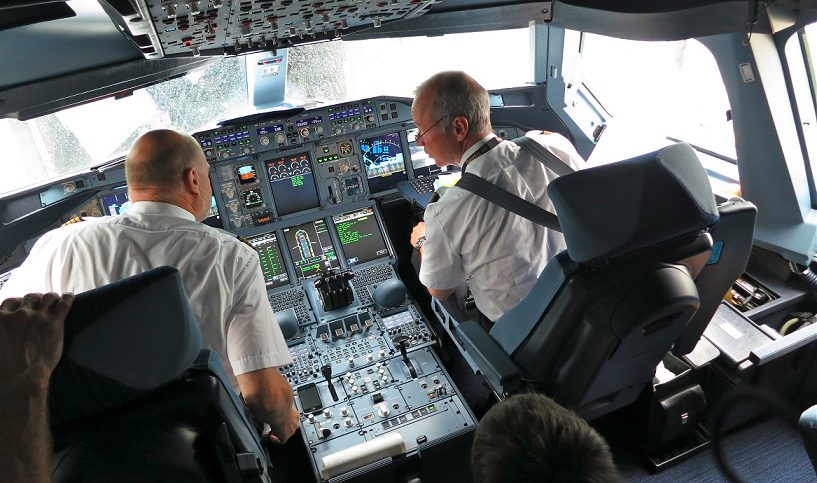 There are approximately 86 flight crashes a year, which is actually a large number considering the amount of people that can fit onto a plane. Being a pilot is an intricate task that entails a lot of knowledge and hard work. They fly day and night all across the world and have a ton of pressure on them. That being said, pilots should have the best and most advanced technology out there. Currently, that is not the case.

However, researchers are developing new types of cockpit sensors where pilots can be instantly alerted with problems and their health can be monitored, according to militaryaerospace.com. Realistically, people encounter health problems all the time; if a pilot is experiencing health problems though while he or she is flying, then that would be detrimental for every passenger on the plane.

The type of technology that would be possibly installed to monitor a pilot’s health includes  small-form-factor computing like smartphones and tablet computers. These devices will also receive wireless connectivity via Bluetooth. The software being equipped is known as the Cognitive Operations Gear (COG) Pack architecture. The devices will be built to be small enough to fit in the cockpit and oversee a pilot’s vital signs, breathing, cabin pressure, acceleration, and temperature.

Not only will the sensors monitor a pilot’s health, but also alert them with any necessary problems. The sensors will grant pilots onboard analytics that encompass better communication systems. Pilots will be alerted with a problem and then recommended corrective action. Pilots will also be provided with mandated guidelines and algorithms from the system. These sensors should totally enhance a pilot’s performance when flying.

The system was created by U.S. Air force researchers. With the sensors installed, people’s lives will be put much less at risk. No one should have the fear of stepping onto a plane anymore.