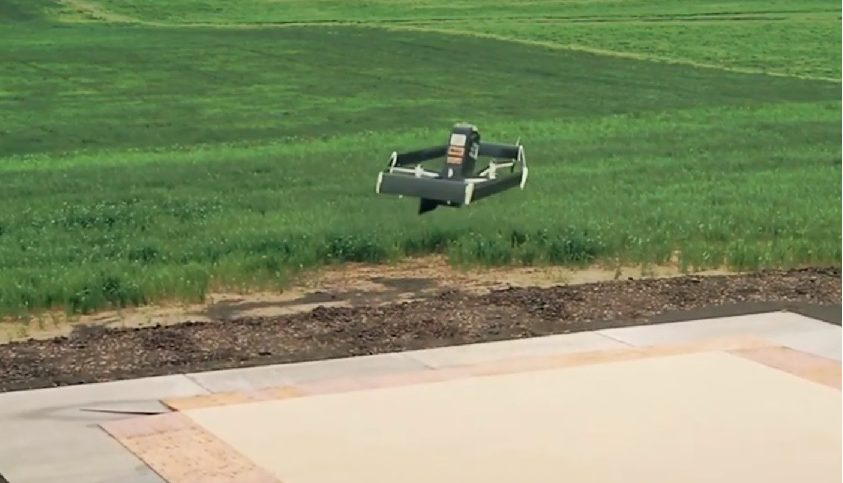 Retail giant Amazon says 75 to 90 percent of purchased items are under five pounds. Its new Prime Air delivery drone will be able to fly up to 15 miles and deliver packages under five pounds to customers in less than 30 minutes.

Amazon has unveiled the latest version of its Prime Air delivery drone, a hybrid aircraft that’s capable of vertical takeoff and landing as well as sustained forward flight. The company says it wants to launch a delivery service using the drone in “the coming months,” but has not said where this might take place or how many customers it might cover.

The new drone uses a combination of thermal cameras, depth cameras, and sonar to detect hazards. With the help of machine learning models, onboard computers can automatically identify obstacles and navigate around them, according to theverge.com.

The drone’s rotors are fully covered for safety, with these covers serving as wings during sustained flight.

In comparison to four degrees of freedom for a normal quadcopter, this dorne has six degrees, reportedly allowing for more dynamic and nimble flight. A tilting design allows for the drone to use the same six propellers to fly forward as it does for take off and landing. Packages for delivery are then carried in the fuselage in the middle.

Amazon is hoping to get FAA approval for the design.