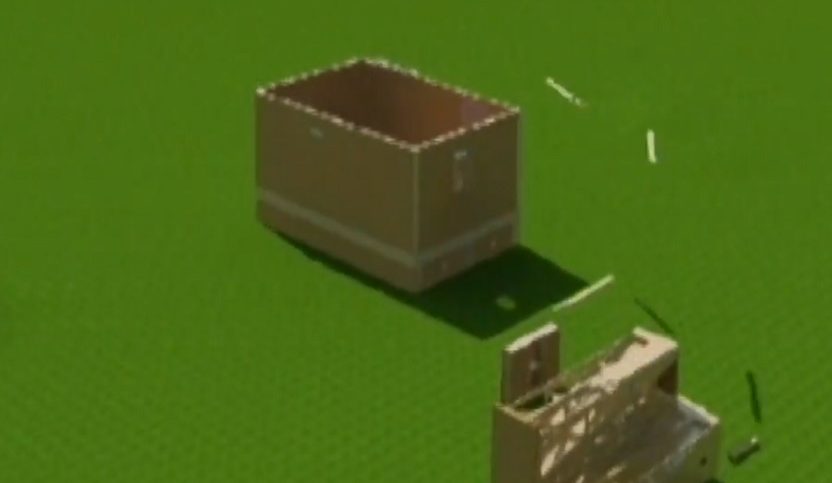 A new dual-use structure will be able to house survivors following a disaster, army troops or serve as housing for homeless persons. The small house that can be assembled without special equipment in about five hours has been developed by the US Army Corps of Engineers has invented. The entire building is wood, including the foundation, and comes with detailed instructions on how to put it together using the included hardware.

The Common Uniform Building Envelope, or CUBE, may be used for disaster recovery efforts. The Army’s patent application is part of a larger project by the Corps’ Center of Standardization for Non-Permanent Facilities. CUBE structures may be used for other humanitarian relief efforts for internally-displaced persons and refugees, storage shed for homeowners, expandable housing for low-income persons, or trailer mounted houses, according to the patent. The CUBE is also meant to replace the flimsy B-huts that housed thousands of U.S. forces in Afghanistan and Iraq, as reported by techlinkcenter.org.

By the Army’s calculations, the total unit cost is around $10,000, which they contrast to a military tent’s cost of $500 per square foot.

The Army’s patent-pending invention can be licensed by companies who would make, use, or sell it commercially. That means companies large and small, from Ikea to your landlord, can start making and selling the DIY houses after they negotiate an Army patent license agreement. Quinton King, the senior technology manager at non-profit TechLink who works with the Army Corps of Engineers’ Office of Research and Technology Applications, said: “The Corps’ architecture and engineering is going to save taxpayers and our troops from paying for lesser facilities. Like with many of the Corps’ inventions, there’s probably a big business opportunity here.”