home Weapons Ammunition New Gun Can Fit In Your Wallet 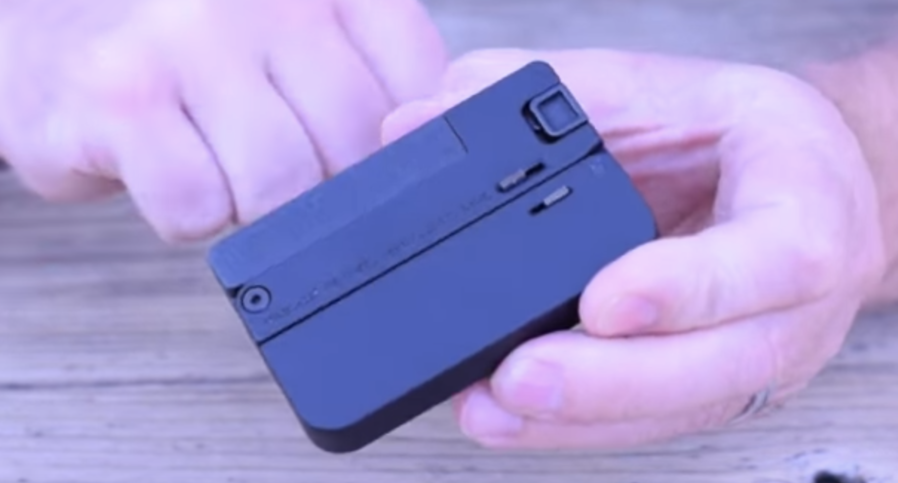 The need to develop user-friendly, efficient and cost-effective solutions is constantly growing. A most recent example of this trend is the recently developed LifeCard – a single-shot, single-action .22 designed to resemble an innocuous credit card.

The LifeCard combines gunsmithing with the logic of everyday carry. Designed from lightweight anodized aluminum with a steel trigger and tilt-up barrel, the 200 gram pistol folds up into a 8.5 cm by 5.6 cm card that, despite its 1.3 cm thickness, can fit with relative ease inside your back pocket or average wallet.

The miniature weapon was developed by North Carolina-based company Trailblazer Firearm, and has enough ammo storage for four rounds.

“Trailblazer Firearms fully intends to spearhead innovative new firearms products starting with the LifeCard, available later this month,” Trailblazer president Aaron Voight said in a statement. “New designs and true innovation have been the exception and our goal is to be the pioneer laying new trails for gun enthusiasts, designers, and manufacturers.”

But how effective would this $400, uber-hyped firearm actually be in a situation that calls for a stealthily concealed weapon, or a quick draw? The product is so new that reports from the urban battlefield have barely been released.

Trailblazer hopes that the LifeCard – which, incapable of firing when folded is therefore in compliance with the American National Firearms Act, will play the role of a last-ditch firearm in dangerous situations. A modern, more civilized update to, for example, the turn-of-the-century Chicago palm pistol, as reported in nationalinterest.org.

Legendary Pistol to Be Replaced

New Pistol To Start Its Service

This Pistol Attachment Will Teach You To Shoot More Accurately