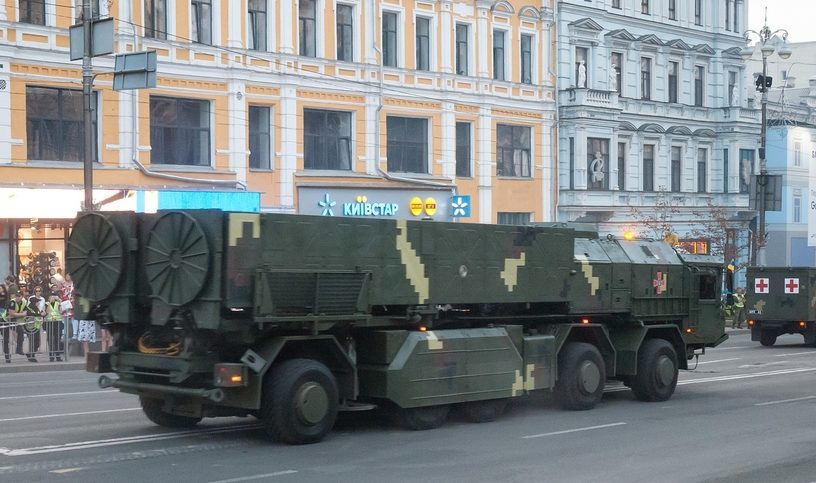 A Ukrainian company confirmed that it has had some success in development of the new Grom-2 tactical ballistic missile system.

The Grom-2, developed by Yuzhnoye State Design Office company, will have several different conventional warheads, including cluster and high-explosive.

The Grom-2 was designed to overcome air defense systems. A missile can follow an aeroballistic path at altitudes from 11 to 50 km, performing evasive maneuvers in the terminal phase of flight to penetrate missile defense systems.

This new tactical missile system will have a new guidance system with a self-contained inertial navigation complex and optical seeker that enables it to hit targets in day and night with a high level of accuracy. It additionally has a target accuracy of 5m to 15m and operates even in fog or low visibility.

The transporter-erector-launcher (TEL) vehicle based on the newly-developed 10×10 chassis carries two tactical ballistic missiles. The TEL is powered by a Deutz diesel engine with a power output of 600 hp.

The basic version of the missile will carry payload capacity of up to 480 kg of conventional warheads or 54 combat submunitions of 7.5 kg each, according to defence-blog.com.

The first test launch of the new tactical missile is scheduled for the second half of 2019.

IAI will Supply Sky Capture Systems to an Asian Nation