home Weapons Ammunition The Future of Night Vision is Here 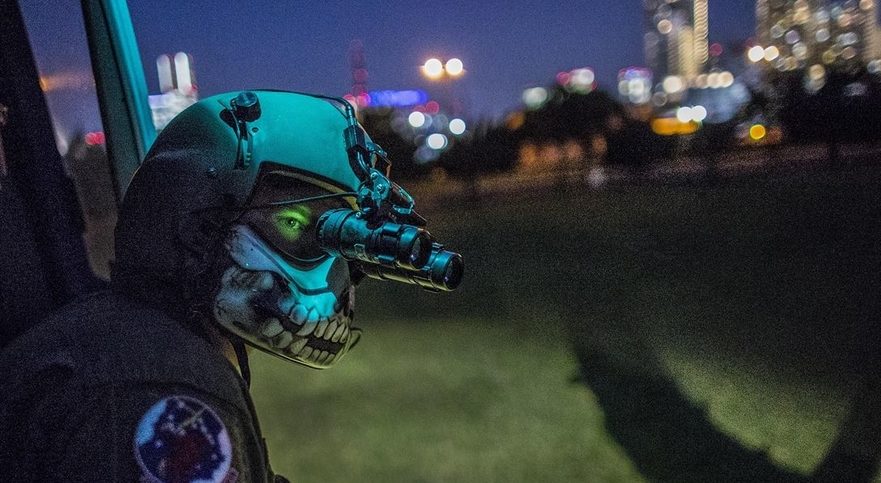 A series of night vision upgrades allows soldiers to shoot around corners and fire accurately from the hip with the Rapid Target Acquisition capability.

In the very near future, troops will receive the monocular Enhanced Night Vision Goggles III, developed by BAE Systems. With advancements in low-light optics, thermal vision, and image intensification, the new system and accompanying weapon sight will help soldiers “rapidly acquire and engage targets in all light levels and conditions,” according to the developers.

“We have a wireless communication between the goggles and [Family of Weapon Sight-Individual] FWS-I, the next-gen individual weapon sight,” Dave Smialek, director of Business Development, Precision Guidance and Sensing Solutions at BAE Systems, told businessinsider.com.

“Then, we send the aim point and surrounding imagery to the ENVG III, it gets collated with the imaging of the goggles, and that gives you what we call Rapid Target Acquisition capability.”

This is a significant upgrade over much of the existing night vision technology, and extremely significant for the soldier out on the field.

“Now, if a soldier’s on a patrol, weapon’s down at his hip, all of a sudden a threat pops, instead of having to flip up a goggle, shoulder his weapon, reacquire, he has that aim point in his field of view, and he can actually shoot from the hip, so to speak,” Smialek added.

“The weapons sight has a bunch of different modes activated through a remote,” said Brian Backer, the technical director for L3 Integrated Land Systems, who will supply the U.S. Army with their Enhanced Night Vision Goggle – Binocular (ENVG-B) by next year.

“By going into different modes, you can actually get a view of the weapon sight in the goggles,” he added.

Soldiers can point their weapon around a corner and see targets while remaining hidden through a picture-in-a-picture setup in the goggles.

“We saw a 100 percent increase in our soldiers’ ability to hit the target the first time once they started using Rapid Target Acquisition,” explained Brig. Gen. Dave Hodne, director of the Army’s Soldier Lethality cross-functional team. “I can’t imagine, right now, any future sighting system that will not have that kind of capability.”

“The step after that would be to take that same capability and put it right into the hardware,” he added. “The Army wants to rehearse and train like they fight. So, at the end of the day, you are looking at getting embedded training right into the equipment.”

US Marines are Looking for Enhanced Night Vision Tech

Defense Giant will Manufacture Rifles Under “Make in India” Initiative