Elta Systems, a subsidiary of Israel Aerospace Industries (IAI), has won a contract of Leonardo for the supply of the windGUard ELM-2133 radar system to the US armed forces. The radar will be supplied as part of the Trophy system developed by Rafael for the Abrams tanks, US main battle tanks. The Trophy is designated to support immediate operational requirements.

The radar, first developed by Eltat more than three decades ago, is a proven combat system installed at the Merkava and Namer APCs, and has been the world first active operational defense system for “hard kill” scenarios.

The radar constantly screens the platform’s environment for missile threats, e.g. rockets, guided missiles and anti-tank shells. When a threat is identified, the radar follows it and directs the interceptor until the neutralization of the threat before it hits the platform. 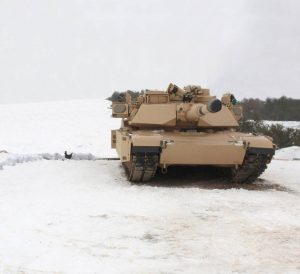 The complete process takes only a fraction of a second and is automatically operated without human involvement.

According to the company’s announcement, it won the contract after a successful demonstration of the radar, as part ot the Expedited Active Protection Systems (ExAPS) program regarding the M1A2 Abrams tanks.

Yoav Turjeman, Elta CEO and IAI VP, said “the radar’s capabilities are game-changing, and will do so also for the US army in defending the Abrams battle tanks from modern battlefield threats. We are proud having been chosen to fulfill a role in the active defense system of the US battle tanks”.

Trophy system, developed by Rafael, is the world’s only active defense system for AFV that has been operationally proven and saved lives at the battlefield. The system supplies proven defense against anti-tank missiles and other threats. It includes sensors which detect and classify the threat and its position and launches measures to intercept it. The data is transferred by the Trophy’s command and control system to the forces at the field. Since its first operational interception in March 2011 the system has been proven many times at the battlefield and was customized to other types of AFV.

Following the equipment of the US Abrams tanks with the system, and after a series of tests on the Bradley APC during which the system had intercepted more than 300 missiles of various types, the US army is interested in equipping another vehicle with this system. 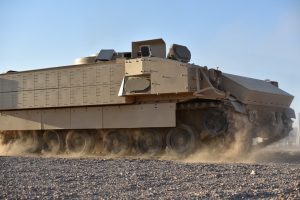 According to Rafael’s announcement, the tests which were held during the last two months at southern Israel on the Bradley APC were attended by some 120 decision makers and technical experts from the US and from more than a dozen leading states, including major members of NATO.

During recent years, the Trophy system’s weight and volume have been decreased by 40% in order to customize it to small AFVs.

The Trophy is installed on board of hundreds of ground platforms in the IDF, including tanks 3 and 4 and Namer APCs. Rafael has won a third supply contract for this system, which will supply defense to more than 1000 IDF platforms.