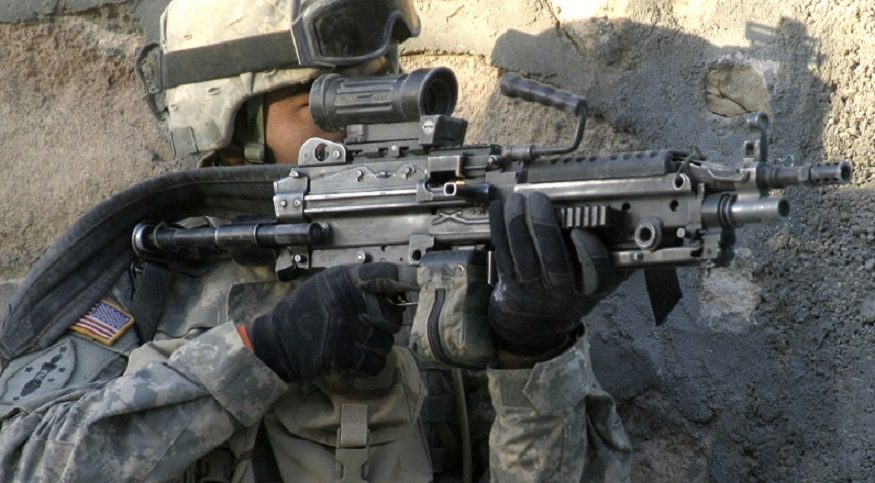 A new device can help soldiers stabilize their weapon and take the load off of their arms, like a third arm. The U.S. Army Research Laboratory planned out a device that doesn’t need batteries, is lightweight and can evenly distribute the load of a heavy weapon. “It’s made from composite materials to make it as light as possible, but also to ensure the range of motion that soldiers need,” said Mechanical engineer Dan Baechle who planned the device.

The device was tested with the M249 and M240B machines guns. “Right now it’s a prototype device, and it’s a fairly early stage prototype device,” Baechle said. “It’s been getting a lot of interest higher up in the Army, but also online with some of the stories that have come out. We’re using some of the interest to help motivate further development of the device.”

In 2017, the lab conducted a small pilot study of active-duty troops using Third Arm in live-fire trials. The results showed the device can improve marksmanship, reduce arm fatigue and muscle activation for some soldiers, according to dvidshub.net.

Baechle stressed that what you see now, may not be what gets to future Soldiers. “What we have right now is a very specific device, but we can learn from that device,” he said. “I hope in the future what we’ll end up with is something that will help the soldier.”