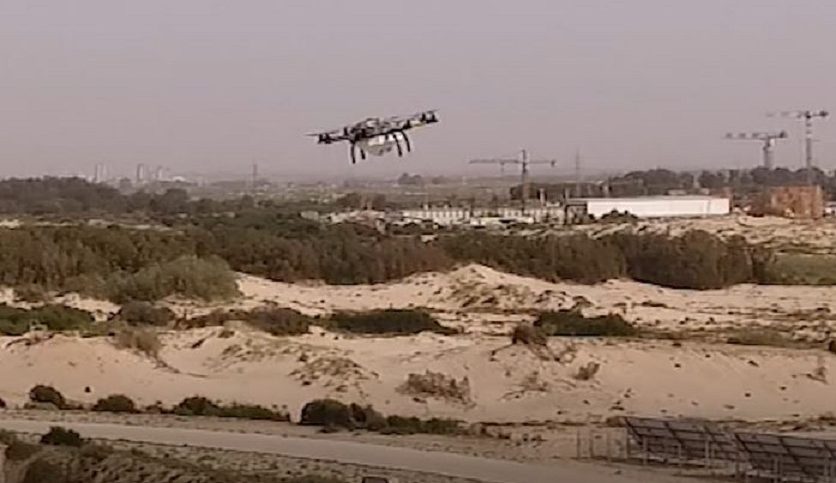 Over the backdrop to the recent riots in the Gaza Strip border and the West Bank, Israel’s DDR&D (MAFAAT) of the Ministry of Defense exposed today a new development that will help IDF soldiers disperse rioters by non-lethal means. The Shoko drone was developed by MAFAAT in collaboration with an Israeli defense industry especially for the current events, especially the Palestinian Nakba Day. MAFAAT’s engineers have been working on this development, which supplies a non-violent technology for dispersing riots, since the beginning of April.

With the new development deployed successfully at the Gaza Strip this week, IDF forces do not have to get close to the border, as all the activity is operated from the air and by the ground forces according to the commander on site. 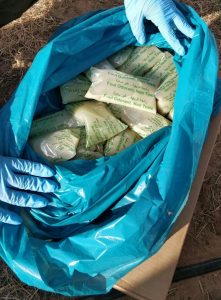 The drone is designed to carry heavy weight and is suitable for various missions and performing low flights equipped with payloads. The ability to disperse rioters was not among the original uses, but as the need came – its purpose was changed imminently.

The drone is equipped with a wrap containing a large quantity of skunk water nylon bags. The drone can release, upon request, the bags towards the ground. The bags get cracked open and their content hits the rioters and drives them away. The DoD announcement emphasized that the development was checked and does not cause any damage even in cases of a direct hit.

The head of the UAV branch in the missile and rocket system in MAFAAT said “the system was developed in no time and reflects a major capability vis a vis rioters. Within several weeks from the idea to the deployment on the field by the division – the system was developed, flight tested by the IDF and confirmed for operation”.