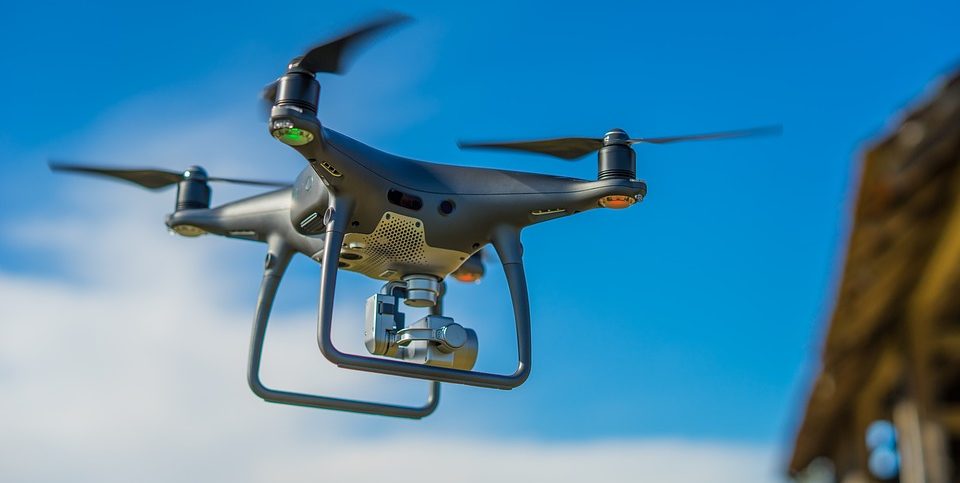 If the use of drones for commercial deliveries and other purposes becomes more common it will become increasingly difficult to stop terrorists using drones to destructive effect. There are already concerns about the potential risk that such devices could pose to aircraft if they stray into flight paths, and the possibility that out-of-control drones could injure people. Now, a security expert warns that western cities must prepare to face the threat of Islamic State terrorists using drones to attack buildings and other landmark targets.

In a forthcoming new book, Nicholas Grossman from the University of Illinois said that IS had already used drones packed with explosives in Syria and that no terror group had done more to exploit the new technology. He said options for protecting against the danger included using electrical repulsion systems.

In his book Drones and Terrorism, the expert warns that the “age of the drone terrorist” has arrived, with IS and other extremist groups already using them for attacks in conflicts overseas. The technology is likely to be exploited further to mount attacks in Western cities. “As drones become more commonplace in cities, they will become less conspicuous, making it easier for a terrorist to case or attack a target,” he writes, according to standard.co.uk.

“Electronically repelling drones from restricted airspace, or forcing them to land, would protect landmarks, airports, government buildings or other potential targets … [but] of course someone will find a way around any anti-drone technology. “Perhaps the biggest danger is to airports. If a terrorist could fly a drone into a jet engine during take-off or landing, they could inflict mass ­casualties.”

In the UK, former Scotland Yard counter-terrorism chief Richard Walton said that vigilance was needed about potential attacks using drones because “there are very few methodologies used by terrorist organizations in their war zones that don’t at some stage come over here”. Both IS and al-Qaeda, which had not gone away, remained “globally networked organizations” capable of organizing attacks.