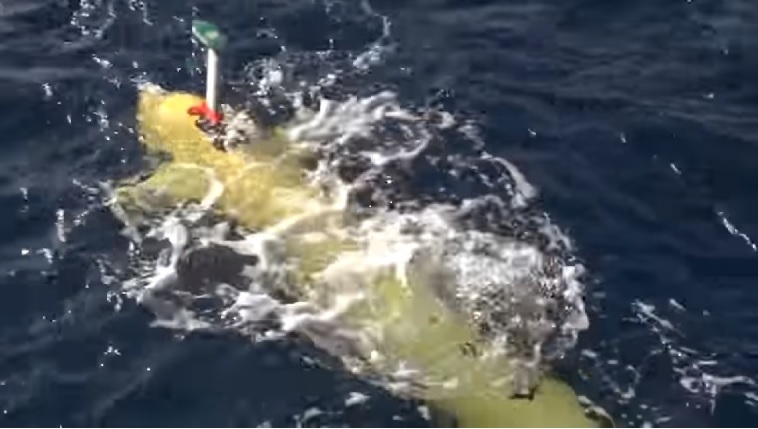 Autonomous underwater vehicles (AUVs) are being used around the world for underwater exploration, underwater cable layout and inspection, marine biology and geology sampling, archeology, and various military uses. Israel has recently been added to the list of countries that manufacture AUVs.

The 2.5 m long AUV was developed for commercial use in the military, security, oil and gas sectors, as well as environmental applications and marine research, according to in.bgu.ac.il.

The HydroCamel II AUV combines full autonomy and maneuverability while enabling quick integration of specialized payloads such as sonars, cameras, sensors, and a specimen collection arm. BGR has begun cooperation with payload manufacturers, in order to supply customers with an integrated solution.

“The HydroCamel II AUV integrates state-of-the-art technologies including high-level maneuvering in six degrees of freedom and an ability to dive almost vertically,” says Prof. Hugo Guterman of BGU’s Department of Electrical and Computer Engineering and head of the LAR. “Until now, these capabilities were limited to remotely operated underwater vehicles (ROVs), which must be tethered by an umbilical cable to a host ship at all times, while the HydroCamel II is completely autonomous.”

According to the company, the HydroCamel II will be offered at a competitive price compared to other underwater vehicles in the same category.

This Solution will Bridge Gap in Confined Space Inspection