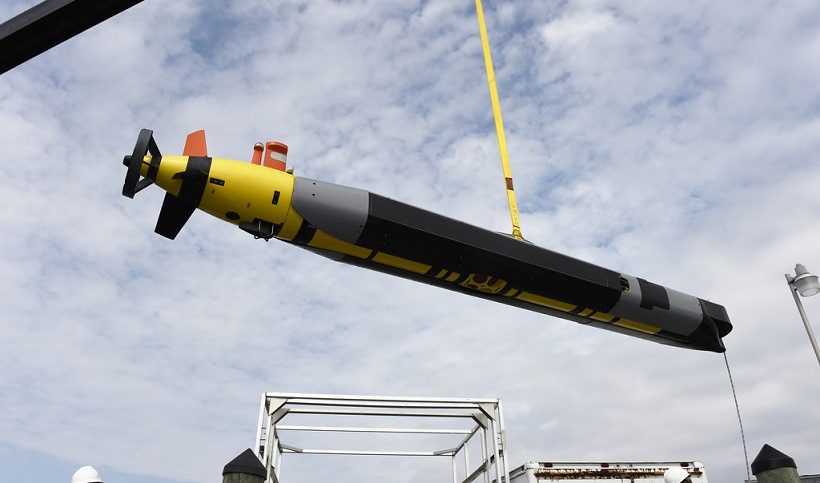 Video released recently appears to show Houthi forces seizing a US Navy unmanned underwater vehicle in waters off the coast of Yemen.

The video shows four men in dive gear holding the underwater drone, identified as a Remus 600 with logos from the manufacturer Hydroid and its parent company, Kongsberg. It also has the name “Smokey” printed on it.

Officials from the US Navy’s 5th Fleet, whose area of responsibility includes the Red Sea, the Strait of Hormuz, and the Persian Gulf, would not confirm whether the vehicle belonged to the US or give information about UUV operations in the region.

A US defense official did say that the UUV was a passive system the Navy was using as part of a meteorological study. Another post referred to the unmanned vehicle as a “spying device” used for “spying missions” by the Saudi-led coalition that has been fighting in Yemen since 2015.

The Remus 600 costs about $1 million before add-ons for specific tasks, Gettinger said, adding that the US Navy’s most common uses for it were mine-clearing missions and intelligence, surveillance, reconnaissance, and target acquisition.

A Kongsberg fact sheet refers to the Remus 600 as “the most versatile member” of the Hydroid family of UUVs and says it can operate in depths of up to 600 meters and can be reconfigured for different payloads. It can travel up to 4.5 knots, and its length can be 9 feet to 18 feet, depending on how it is outfitted. Among its nonmilitary uses are emergency response, marine research, charting, ocean observation, and archaeology.

The Remus 600 has about 20 hours of operational use, Gettinger said, suggesting that it surfaced after a mission and was intercepted before its operator could recover it.

It’s not the first time Houthi rebels claimed to have intercepted US hardware. In October, rebels said they shot down a US MQ-9 Reaper drone aircraft over the northern outskirts of Sanaa. Footage showed the drone spiraling to the ground in flames and a crowd gathering around the wreckage before Houthi rebels loaded the drone’s remnants onto a pickup truck. US officials confirmed that a drone had been downed.

The US has been carrying out operations in Yemen against ISIS and Al Qaeda in the Arabian Peninsula, but Washington has also been quietly supporting the Saudi-led war in the country. The US’s role has drawn criticism, particularly over civilian casualties. US lawmakers have pursued a bill that would restrict US action in Yemen.

Unmanned Maritime Surveillance at Its Best