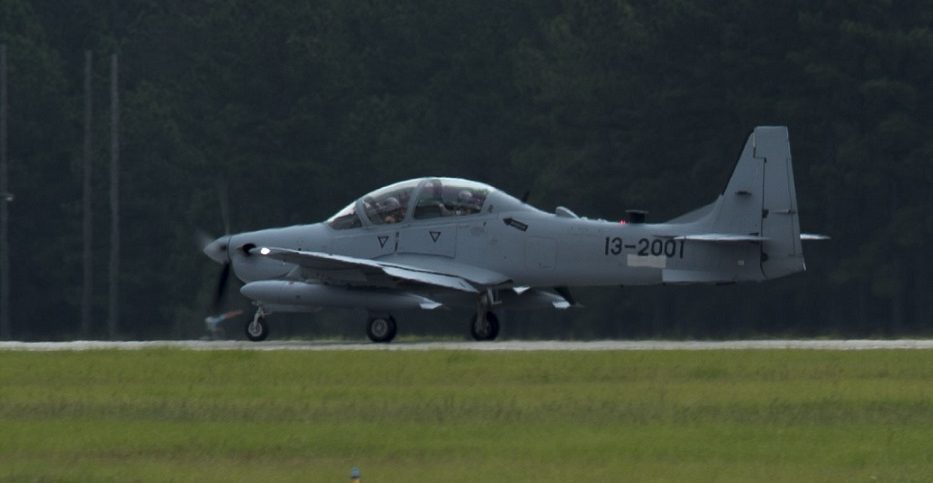 Calidus, an Abu Dhabi-based advanced technology company recently incorporated, has unveiled its new light attack aircraft with multirole capabilities in Dubai. Fully designed from the ground up to address modern warfare requirements in terms of capacity as well as operating costs, it is understood that this aircraft has already generated significant interest among regional and international air forces, as reported by aviation-defence-universe.com.

The aircraft will not only be the first military fighter ever developed in the UAE, but will also raise the bar throughout the whole region through its leading-edge features.

Calidus have already initiated early development stages of their production complex in Al Ain, the centre that is set to become the region’s hub for aerospace industry excellence.

According to aviationweek.com, the beefy-looking B-250 Bader turboprop is being adorned with UAE Air Force markings. It additionally carries a Brazilian civil registration, PR-ZNU.

Surrounded by weapons which can be hung on its seven hardpoints, and additionally fitted with an electro-optical sensor turret under the forward fuselage, the B-250 is offered for close air support; intelligence, surveillance & reconnaissance; counter-insurgency; and advanced training.

It looks like a slightly larger version of Embraer’s Tucano – which is not surprising because both are from the drawing board of the Brazilian, Joseph Kovács. And it does the same jobs at a more economic price, says Calidus.

Calidus is expected to announce plans for further production to be in the UAE.