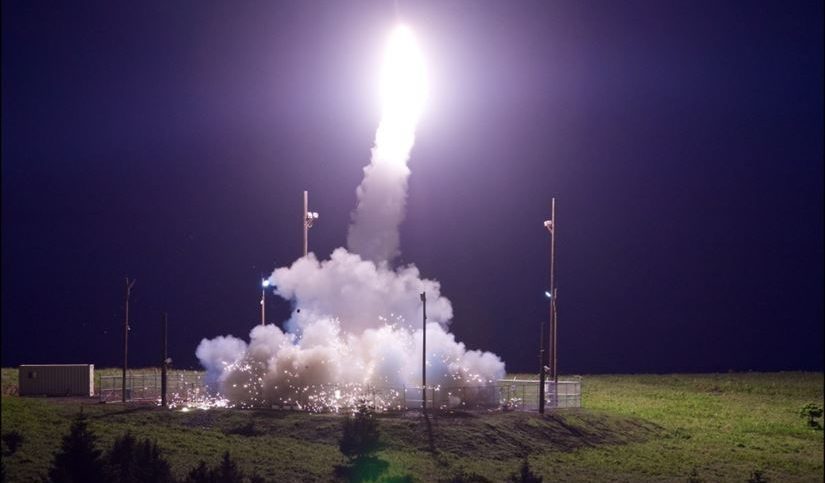 While it is very clear that the so called “Nuclear Agreement” with Iran is a bad joke, this terror country has not stopped for a minute its race towards full nuclear capability. And in parallel, North Korea is also building a nuclear capability based on advanced ballistic missiles. In both cases, the world watches, sometimes someone says something but nothing more than that.

Looking at North Korea, we can see that it is developing a new ballistic missile named Pukguksong-3 which is speculated to be an upgraded version of the solid-fuel Pukguksong-2, which Pyongyang test-fired in February.

Details about the missile, such as its range and warhead, are not clear except that it is a ballistic missile based on solid-fuel and capable of carrying a nuclear warhead, presuming Pyongyang has one.

The “field survey” to the Chemical Material Institute of the Academy of Defense Science offered a peek into the new ballistic missile’s development. Photos featuring a poster of the project were recently released via the state’s official Rodong Sinmun newspaper, Yonhap reports.

The news comes after Seoul and Washington have kicked off their annual Ulchi Freedom Guardian drill, which Pyongyang has long condemned as a direct threat to the regime.

Pyongyang has also ordered the production of intercontinental ballistic missile components to be increased.

This double threat from two countries led by extremists is not met by real action from the world. The world will pay big time for that major mistake.