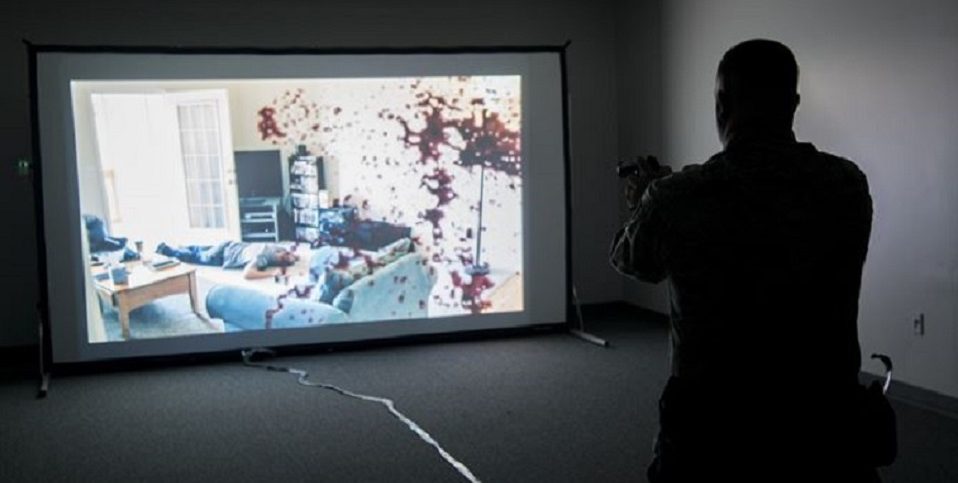 Singapore police have been testing a new mobile virtual reality (VR) training classroom for its officers. Inside and across the length of the soundproofed truck are two wide virtual reality panels. Two pairs of police officers can be put to the test in up to seven random scenarios, such as a gunman at a coffee shop or a domestic fight that quickly escalates into a knife attack. Two of the scenarios are terrorism-related.

The training solution was devised over six months by the Home Team Academy, with the Office of the Chief Science and Technology Officer and the Singapore Police Force.

The prototype truck will travel to the six police land divisions across Singapore for a six-month trial to train police personnel.

Controlling the screen using VR-enabled weapons — which can be a revolver, a taser or a baton — the officers will be evaluated on their choice of weapon in response to the sudden incident, according to todayonline.com.

Their reaction times will also be clocked, and how they use verbal commands to try to control the situation will be reviewed through a video playback system.

The truck also stores another platform that can be laid out in a space no larger than half a badminton court. It includes four collapsible virtualizers omnidirectional treadmills allowing users to move in a virtual world, so that more officers can concurrently undergo the same test as those on the truck.

The mobile classroom, which can be sent to any neighbourhood police centre, can train up to 16 officers at a time. This can be done in 15 minutes between their shift changes, to minimise operational downtime while ramping up training frequency. It cuts down the need to rely on yearly refresher courses as well.

Ground response force officer Anderitte Lim, 22, who started training with the VR system three weeks ago, said he felt “the same stress and nerves” as he would on the ground.

He added that “it is not every day that domestic disputes turn violent”, but when this VR training is done before they begin their shifts, the scenarios remain fresh in their heads, “so we will know what to do on the spot”.

Home Team Academy’s chief executive T Raja Kumar said that the scenario-based VR training “hones instincts and judgment” and encourages officers to articulate why they made a certain decision over another, improving team coordination.