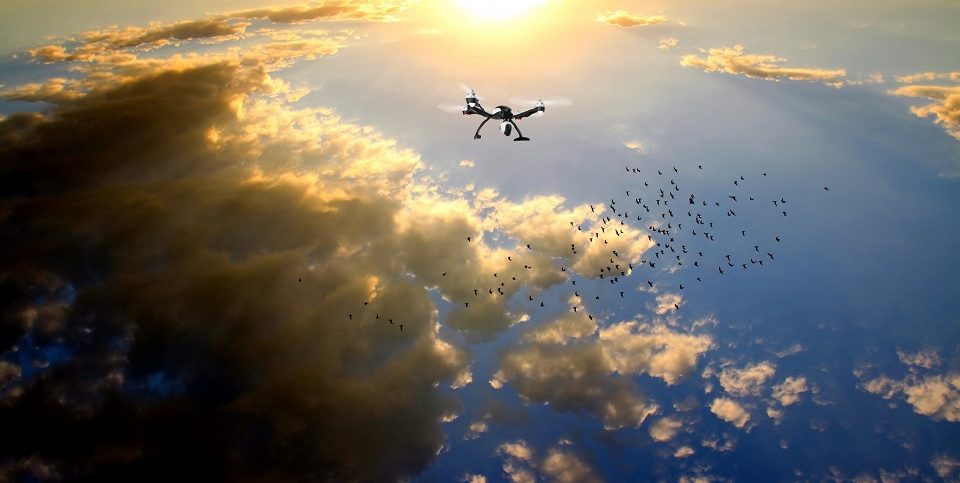 The need for Drone detecting technologies has been increasing. Spotting a drone isn’t always as easy as just looking up in the sky. Given the exponential growth of the unmanned aerial system (UAS) industry in the last few years, drone operators, airports, law enforcement and others with their eyes on the skies need to be able to monitor the airspace for safety issues.

Gryphon Sensors, an SRC Inc. branch, which plans to develop a $10.1 million monitoring system that can detect drones and other small aircrafts. The first phase of the project, which is slated for completion in April 2017, will cover the airspace between Gryphon’s North Syracuse headquarters and Griffiss International Airport in Rome, New York.

According to eaglenewsonline.com, the company received a $5.1 million grant from the Empire State Development Corporation(ESD) as part of the Upstate Revitalization Initiative. The company must pay ESD a $51,000 commitment fee for the grant.

Project manager, Dave Whitaker, explained that Gryphon does not build or fly drones, but it builds detection systems that use ground radar, cooperative surveillance and GPS data from drones.

The detection systems can pinpoint items as small as 1/50 of a square meter. A human being is about one square meter on radar. “In some areas, we’ll be able to see even smaller targets,” he said.

Most of Gryphon’s devices will be mounted on existing buildings to reduce rent and maintenance costs and minimize aesthetic issues. “We’re trying to make them as less visible as possible,” Whitaker said. “We don’t want a lot of standalone towers.”

Once the Syracuse-Rome phase of the project is complete, the company’s goal is to extend the detection area. The second phase will cost about $30 million to complete.

Cicero Town Supervisor Mark Venesky told the Star-Review that the Gryphon project will have vast economic implications on the area.

“We need jobs here and we need to build our tax base,” Venesky said. “The project is bigger than just phase one.” The project has already created 13 new jobs at Gryphon, bringing it to a total of 35 jobs. Gryphon will add seven more employees by the end of phase one.

According to ESD, the economic benefits of this project will total $41,927,855. For each permanent job created by the Gryphon project, ESD estimate that 1.58 indirect jobs will be generated for New York state’s economy.

Last summer, Amazon announced its plans for drone delivery in the U.S., the United Kingdom, Austria and Israel. In December, Flirtey, a drone-delivery startup, tested delivery of 77 packages from a 7-Eleven store, claiming they could deliver a Slurpee without losing a single drop. Gryphon’s drone detection system could attract such businesses to Central New York.

“The ultimate goal of this is to provide a unique facility that will attract businesses dealing with UAS infrastructure, not just the drone manufacturers but also drone flyers” Whitaker said. “The longer-term leverage of this is job creation from other industries.”