The latest drone innovations, incredible exhibits of new and fascinating unmanned systems, talks of robots, smart mobility, the future of technology and more were at the center of the 2022 AUS&R conference. 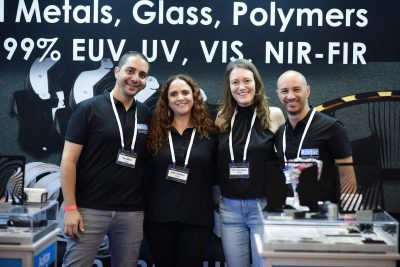 AUS&R participants explored the unmanned revolution in all fields, including unmanned traffic on our streets and aerial packages being delivered in times of need to first responders.

Thousands of people attended the AUS&R 2022 conference yesterday at Expo Tel Aviv, visiting the exhibition of innovative systems and learning about the most updated technologies from the leading experts. 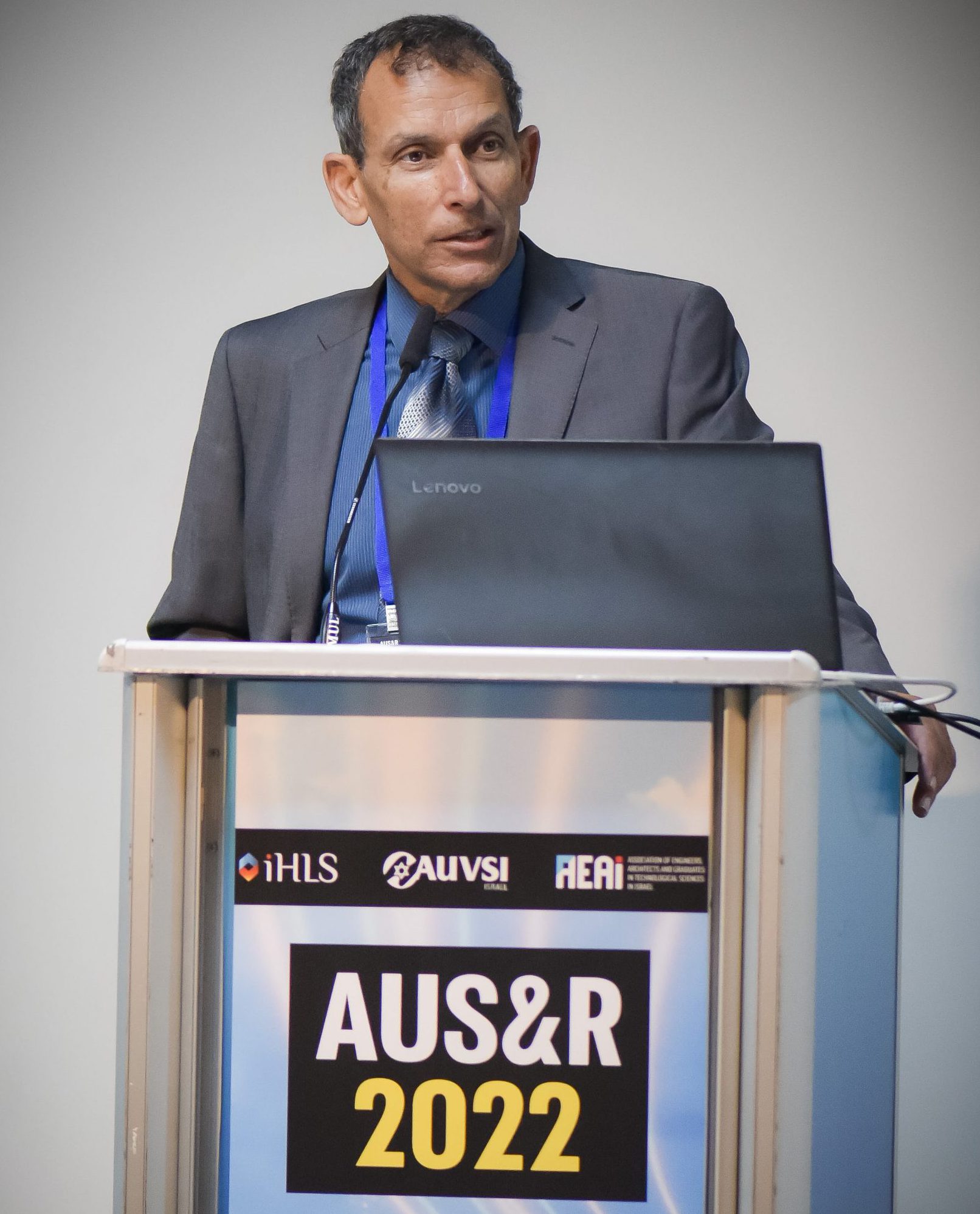 Chairman Col. (res.) Ofer Haruvi, a 30-year expert active in remotely operated unmanned systems, greeted the audience and enacted this remarkable event, organized by iHLS in collaboration with AUVSI Israel and the Association of Engineers, Architects and Graduates in Technological Sciences.  Michael Armon, AEAI and AUVSI Israel, further stressed the importance of autonomous machines as part of our lives and the cooperation between different fields. “The whole world is connected,” he said. 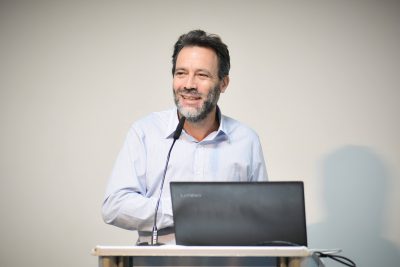 Following the introduction notes, Boaz Levy, the President and CEO of IAI, Israel’s leading aerospace and aviation manufacturer, spoke of the company’s achievements and put an emphasis on the current total connectivity between all mediums – air, sea, ground and space. “This is no longer a singular game of chess, but numerous games played by numerous players“. 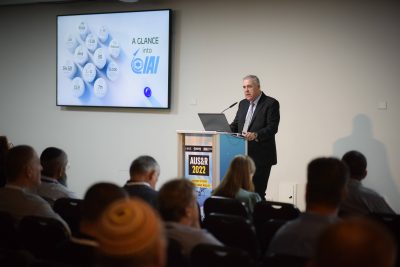 “There is no need to send a man to do a job a robot can do” stated Tal Inbar, Senior Research Fellow, Missile Defense Advocacy Alliance (MDAA), in his presentation regarding the integration of manned and unmanned systems, as well of the worldwide battle of 6th generation fighter jets.

Ami Weisz, Manager, R&D and Flight-Testing Department of Airworthiness Division CAAI, gave us a look at the regulation needed to be upheld for autonomous drones. A must-see brief for any autonomy engineer and developer. 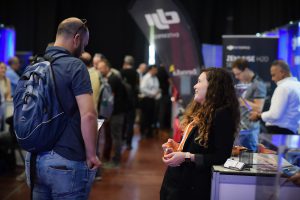 The concept of cost efficiency and reduction of development times for swarms of drones was explored by Yossi Cohen, CTO DSP-IP AI. How can we have a single untrained “pilot” operating a swarm? How can we reuse other smart systems for our benefit?

Michael Allouche, an Independent UAS Airworthiness Expect Consultant, presented the audience with his knowledge and expertise of the judicial side of this world. From UAV systems to air taxis, Allouche spoke of the challenges, the regulation and current criteria, and opened a door for thought to those in the field. 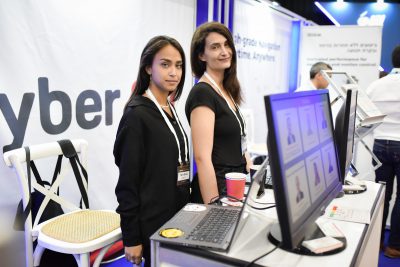 UGVs and UAVs, what are the challenges? This and more was detailed and discussed by Zohar Golan, CTO/R&D Manager – Robotics and Autonomous Ground Systems, IAI, in his presentation all about the improvement of operational missions via a combined use of these unmanned vehicles.

Libby Bahat, Head of the Aerial Infrastructure Department – CAAI, presented a thorough briefing regarding the current regulations regarding autonomous control in urban areas, the future vision regarding these regulations and the impact on other users of the aerial medium. 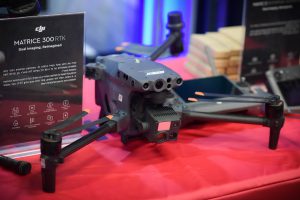 “Who will receive these drones? What will cool down their battery? What will charge these devices?” said Niv Aharoni, CEO of Strix Drones. Aharoni explored the field of decision making in robotics and proposed the idea of integration of human made decisions and robot made decisions.

CEO and Owner of the Yochananof Supermarket Chain, Eitan Yochananof, gave a brief insight into where the retailers would want to achieve in this field, for example – drone delivery of groceries.

Avner Flor, Senior Deputy General Manager for Transport, asked the major question, “why do we even need autonomous vehicles?”. Flor examined the ministry’s outlook and judicial requirements for these vehicles. 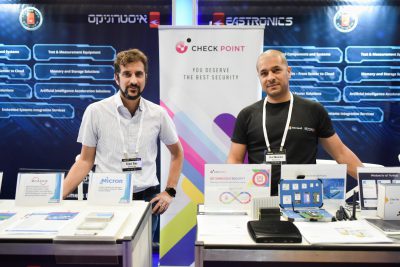 Eden Avraham Attias, Funding GP and Oplmpact VC, spoke of the processes being enacted to advance commercial aerial deliveries. “Where is the drone industry heading to?” Attias said, enlightening the audience with his personal experience.

“This is not just about the technology – this is about us,” stated Alon Abelson, Founder and CEO of HighLander. The low aerial medium is underused, the infrastructure is lacking, what is the solution? Abelson explored the idea of UTM (unmanned traffic management” and what High Lander is doing to advance the unmanned technology. 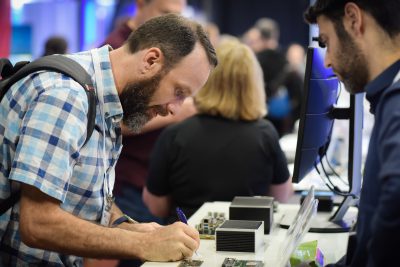 Yair Dubester, Founder and Chairman of PENTAXI, showcased the currently developing market of air taxis and use of Urban Air Mobility (UAM). “Israel is a pioneer in the UAV industry” Dubester stated, and elaborated on the future vision of PENTAXI, current obstacles and regulations, as well as the solutions the company offers.

The company Matrix showcased its take on mobility. Gal Schlezinger, Real Time IoT Engineer, and Eyal Yoskowitz, VP Product, 634AI, spoke of the technological evolution and presented its product MAESTRO, a solution for management of traffic, autonomy and information, as well as the DDS protocol its based on. 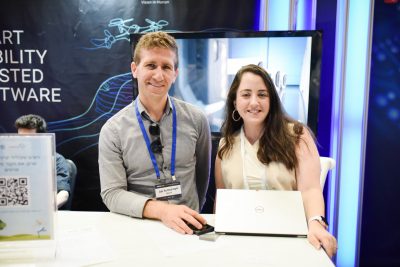 Zvica Goltzman, Acting VP Growth Division of IIA, continued the streak of fascinating presentations with his funny and insightful discussion, named “A Government Official, a CDO and a Regulator Enter a Bar”. 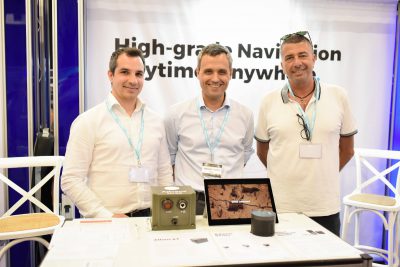 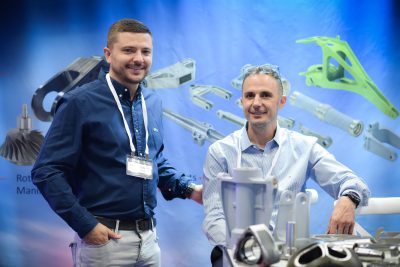 Following all of the interesting presentations, Benny Kedar (CAA of Israel) spoke to all about the FIRST program, a global robotics community encouraging young people to pursue STEM education routes and encouraged the audience to sign up as mentors.

The conference concluded with an eye-opening presentation from Brian Wynne, President and CEO of AUVSI, followed by a presentation from Jay Merkle, Exclusive Director of Unmanned Aircraft Systems Integration, FAA. Both discussed the future of air mobility and regulation in the US.

No doubt about it, this year’s AUS&R conference was an enormous success. See you in the next conference.