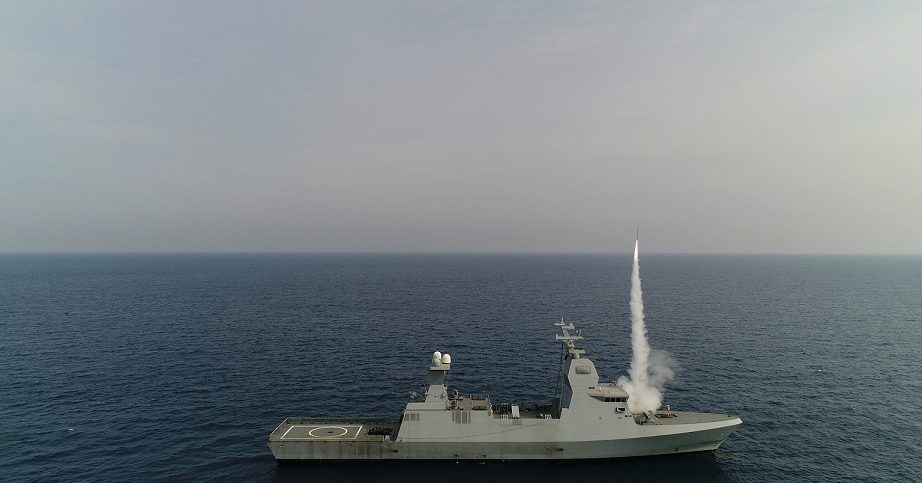 Israel has “successfully completed a complex series of tests” on C-Dome, a sea-based version of the Iron Dome missile defense system. The Israel Missile Defense Organization (IMDO), part of MAF’AT (DDR&D) at Israel Ministry of Defense in collaboration with the IDF and Rafael completed the testing of the advanced model of the Iron Dome installed for the first time on an Israeli Navy’s new Sa’ar-6 corvette.

According to IMoD’s announcement, the trials simulated existing and future threats the system is likely to face, e.g. rockets, cruise missiles and unmanned aerial vehicles. The tests represented “an important milestone in the operational ability to protect the strategic assets and vital interests of the State of Israel, said IMoD.

The system is part of the Israeli multi-tiered missile defense system, which also includes the Arrow and David’s Sling system. IMoD leads the development of this defense array through IMDO, MAF’AT. Rafael is the developer of the Iron Dome system. IAI ELTA developed the naval Adir radar and mPrest developed Iron Dome’s command and control system.

Brig. Gen. (res.) Dr. Daniel Gold, Head of MAF’AT, said the “successful testing is another technological breakthrough in the missile defense systems field, building on the technological vision led by MAF’AT in collaboration with the IDF and the defense industries.”

Moshe Patel, Head of IMDO, MAF’AT: “Iron Dome system has completed another historical breakthrough… The successful test further enhances our confidence in the system and its ability to defend widespread areas and Israeli strategic assets.”