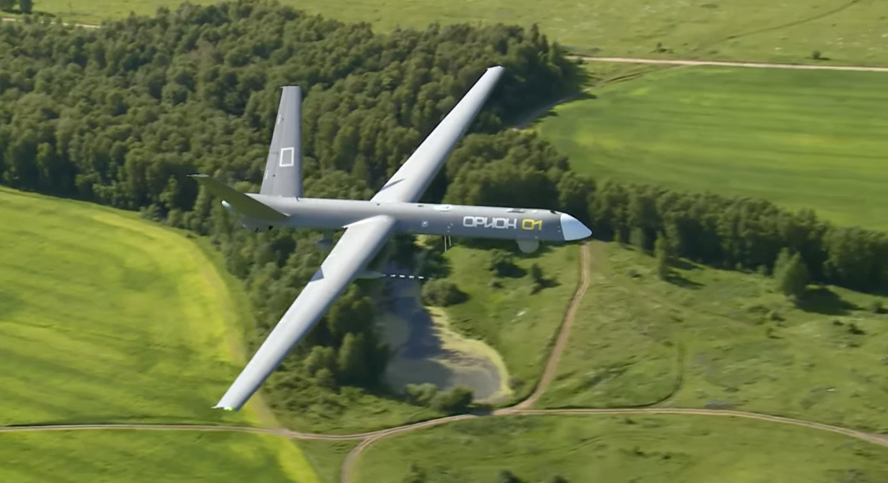 The Russian Ministry of Defense had released a video of its Orion unmanned aerial vehicle (UAV) taking down a rotary-wing drone.

Russia has been testing its Orion drone in a ‘drone-killer’ role, using a new variant of an existing guided missile to shoot down a rotary-wing target drone during trials in Crimea.

The Russian Ministry of Defense has claimed the experiment proves that the Orion that resembles the US military Predator-MQ-1 is now capable of engaging other drones in combat, part of a broader effort to introduce various new weapons capabilities to this and other Russian UAVs.

A video of the test campaign shows the Orion drone firing a new air-launched version of the 9M113 Kornet anti-tank guided missile (ATGM) against the helicopter drone, serving as the target. The report states that the two drones began around 60 miles apart and the target was engaged at a distance of around 2.5 miles.

The basic Kornet ATGM uses laser beam-riding guidance and requires manual control to take it to its target. The air-launched version reportedly also has infrared and TV-guided modes although it’s not clear if these are used for missile guidance or simply to help the operator detect and track targets and the process by which the drone operator initially finds the target remains unknown, accoridng to thedrive.com.

The Orion is typically fitted with a turret that mounts electro-optical and infrared cameras, as well as a laser target designator to deliver guided weapons against targets on the ground. The footage suggests that a pilot in the ground control station uses these sensors onboard the drone to initially acquire the target and then command a missile launch.