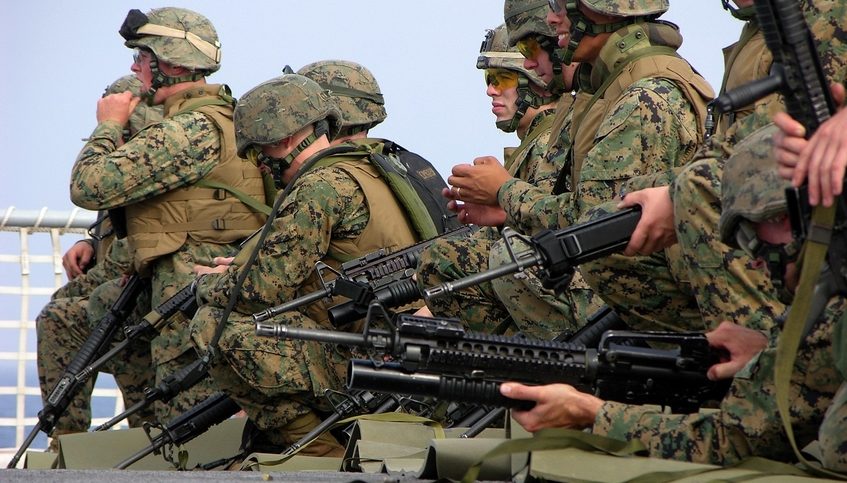 “The security environment is ever-changing. Today it is characterized by the proliferation of sophisticated sensors and precision weapons coupled with growing strategic competition” – this is the assumption at the basis of a new US Marine Corps warfighting concept dubbed “Stand-in Forces” just published.

The document describes the need for small, “lethal” forces that can also work at levels below combat to counter “gray zone” aggression from rivals like China.

The concept is intended “to provide options in support of integrated deterrence. Marines acting as stand-in forces will be positioned forward, shoulder-to-shoulder with our allies and partners, leveraging all-domain tools as the eyes and ears of the fleet and joint force.”  These forces are also defined as “low signature, mobile, relatively simple to maintain and sustain forces designed to operate across the competition continuum within a contested area as the leading edge of a maritime defense-in-depth in order to intentionally disrupt the plans of a potential or actual adversary.”

“The People’s Republic of China (PRC) is the pacing challenge for the joint force; thus, while the concept is applicable globally, the INDOPACOM area of responsibility is appropriately the focus of the Stand-in Forces concept,” according to the document.

Though the term is not used in the document, the US government often refers to disruptive acts below the level of armed conflict as “gray zone activity” and it has proven a difficult issue to counter, according to breakingdefense.com. This refers mainly to Chinese militia or coast guard units harassing fishermen and other vessels transiting in the South China Sea. Countering that harassment without escalating the conflict by involving much more powerful, heavily armed warships has been a persistent dilemma for the US military.