The drone revolution has been expanding to every field, including commercial package delivery, medical supply in an emergency, and plays a logistical role on the battlefield. In fact, Israel is the world’s most advanced testing pilot site, aiming at becoming the first adaptor of drone delivery. 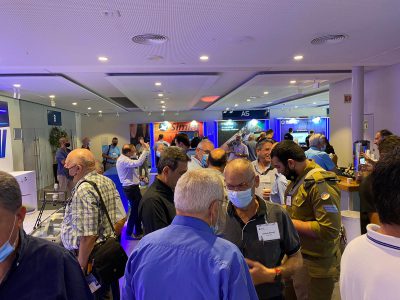 Thousands of people attended the AUS&R 2021 conference yesterday at Expo Tel Aviv, visiting the exhibition of innovative systems and learning about the most updated technologies from the leading experts. 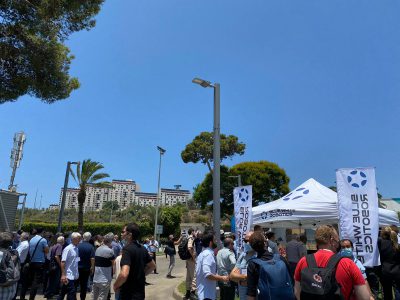 BWR’s live demonstration has unveiled the unique capabilities of a drone system that supports first responders in an emergency, attracting much attention. 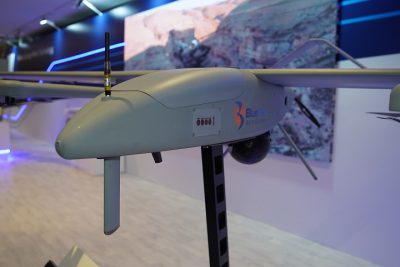 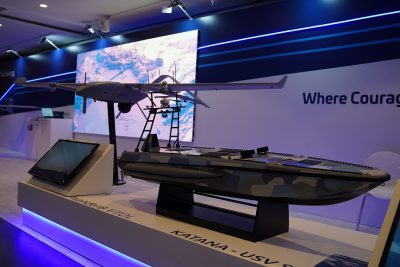 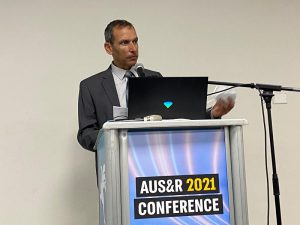 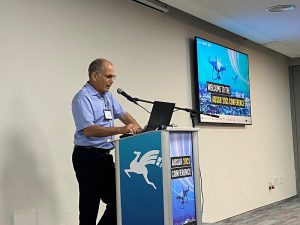 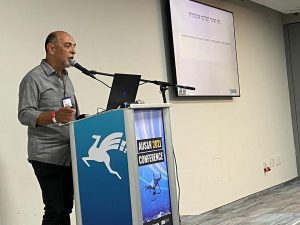 The keynote speaker was Col. Assaf Shatzkin, Head of Land Systems Department, DDR&D (MAFAT), IMOD. Autonomous systems are a game-changer on the battlefield, he said. Autonomy has been incorporated into warfare during the Guardian of the Walls operation. The development of manned-unmanned teaming (MUMT) in the infantry and armored combat vehicle fields is an important project on the agenda. 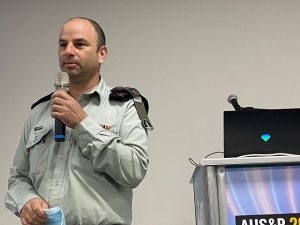 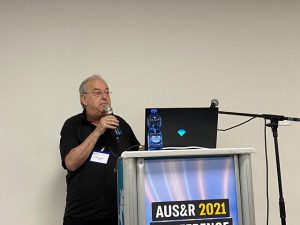 The autonomous air taxi solution will provide the solution to traffic jams. By 2040, the world urban aerial mobility (UAM) market is expected to reach $1.5 trillion. The vision of Yair Dubester, CEO, UAV and air taxi startups, is a world of full autonomy on the ground. In the air, the challenges on the way to the air taxi are complex, yet the development of the technology has been accelerating.

The Autonomous Mobility session focused on the national drone project for drone delivery in Israel, run by Israel Innovation Authority, Israel’s Ministry of Transport (MoT), Ayalon Highways, the Civil Aviation Authority of Israel (CAAI), and the Smart Transportation Administration. Reut Borochov, Head, Advanced Communications Systems and Testing, Technology and Innovation Division, Ayalon Highways, told the participants how reality accelerates development: The COVID-19 pandemic accelerated medical supply to hospitals by drones, and the project has even proved the feasibility of vaccine delivery with accordance to the required low-temperature conditions required. This month, an advanced stage of the experiment has been completed. More than 4000 live flights were operated from the city of Hadera in Israel, including cooperation with the emergency agencies. 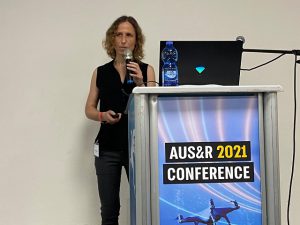 Daniella Partem, Head, Israeli Center for the 4th Industrial Revolution (WEF), Israel Innovation Authority, elaborated on the collaboration with the national drone project and about the C4IR Center under her leadership, which forges collaborations designed to cope with Israel’s challenges, advance regulation, etc. 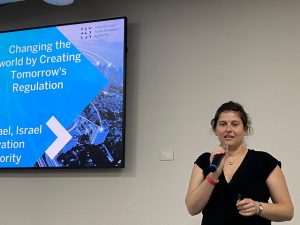 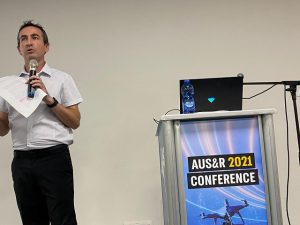 The Civil Aviation Authority of Israel has been a major partner in the national drone project. Libby Bahat, Aerial Infrastructure Div. Manager at the Authority, stressed the need to coordinate drone flights in the airspace with manned aircraft, mentioning the limits of detect and avoid technology which is still not ripe.

According to Ltc. Rian Gity, Head PEO, Future autonomous systems, DDR&D (MAFAT), IMOD, urban warfare is a considerable challenge for robotics operation, due to the difficulty in detecting the enemy among the civilian population. Gity elaborated on their laboratory that enables the agile development of the best technologies. 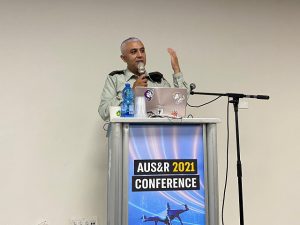 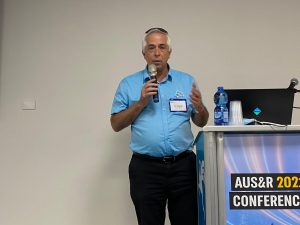 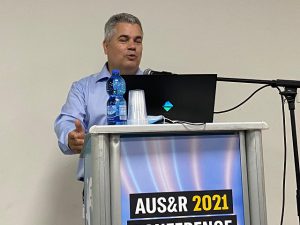 The live demonstration showcased in the Expo’s skies attracted tremendous attention. A security management system by the Israeli company BWR, designed for planning, command and control, includes a drone supporting first responders operations. The company has unveiled that the system was operational during the Guardian of the Walls Operation, on behalf of the Home Front Command, including flight among buildings under high winds conditions, and more. 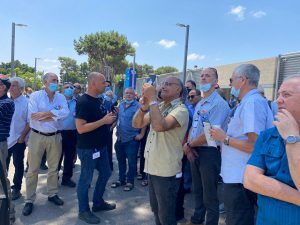 Cybersecurity has been one of the challenges that hinder the secure flight of UAVs. Brig. Gen. (res.) Rami Efrati, Managing Partner, MSF Partners Innovation AG, spoke about the importance of the cyber by design approach, stressing that laboratories should check all the components of a system. 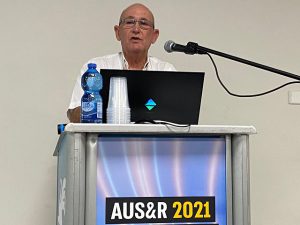 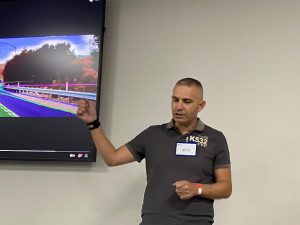 Computerized vision has been a major technology in the unmanned vehicles field. Yossi Cohen, CTO, DSP-IP, elaborated on the basic methods of computerized vision and deep learning and their applications in autonomous vehicles. 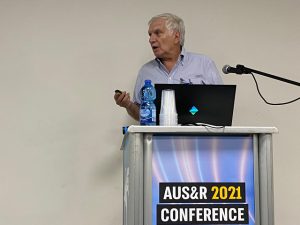 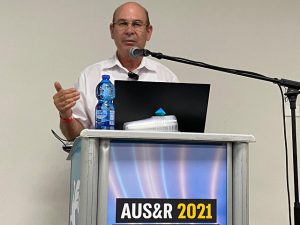 Roy Peshin, CTO, Simlat, spoke about the technological challenge of simulation for smart aviation and UTM in the urban airspace and low flight level. 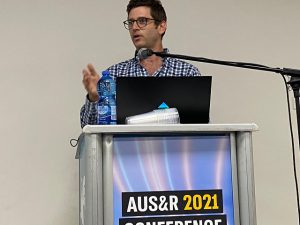 Radars have been in use in autonomous vehicles for a long time. Nissim Hadas, Active Chairman, RFISEE, stressed the importance of a new vehicle radar generation that will provide a HR radar vision for long range. 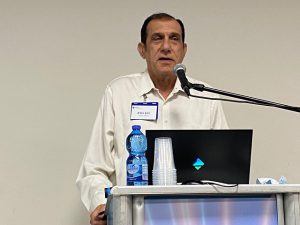 In the future, man and machine will work as a team, and the unmanned systems will operate more independently, with human management but with less monitoring and control – this is the direction of the technology, said Michael Armon, Chairman, Israeli Society of Autonomous Systems Engineers, and AUVSI Israel.

Wide-band communications and remote operation of robots and autonomous, connected vehicles have been the subject of the presentation by Dr. Rony Ohayon, Chairman, Andromeda Consortium. 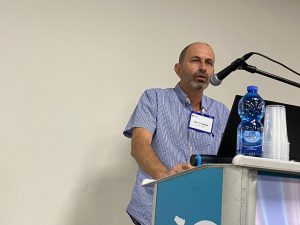 The essence of entrepreneurship and startup leading is taking risks. Tal Catran, Startups and Accelerators Guru, provided his unique point of view on the Israeli startup scene and its special features, and described the conditions for the development of an idea into the next ‘big thing’. 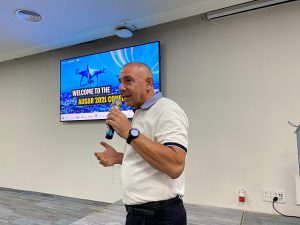 An exceptional point of view on technology was presented by Dr. Meirav Aharon Gutman, Senior lecturer, Faculty of Architecture & Town Planning, The Technion, Haifa, who spoke about the ethical and social aspects of technological innovation. Her lab connects technology with the social approach and provides the mapping of social topography. 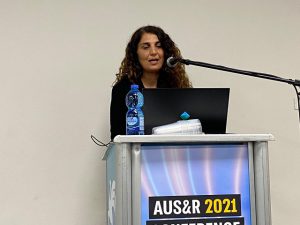 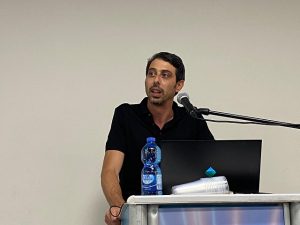 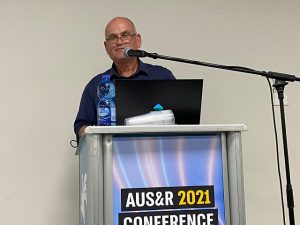 The absence of GPS location is nowadays hard to imagine. Furthermore, GPS is beyond navigation, for example – its sophisticated application in the management of shared scooter systems. Israel Rom, CEO, Rom Strategy, discussed the question of whether this technology has actually got any suitable substitutes. 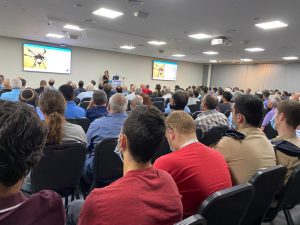 Undoubtedly, this was a successful and exciting day, see you again at AUS&R 2022!