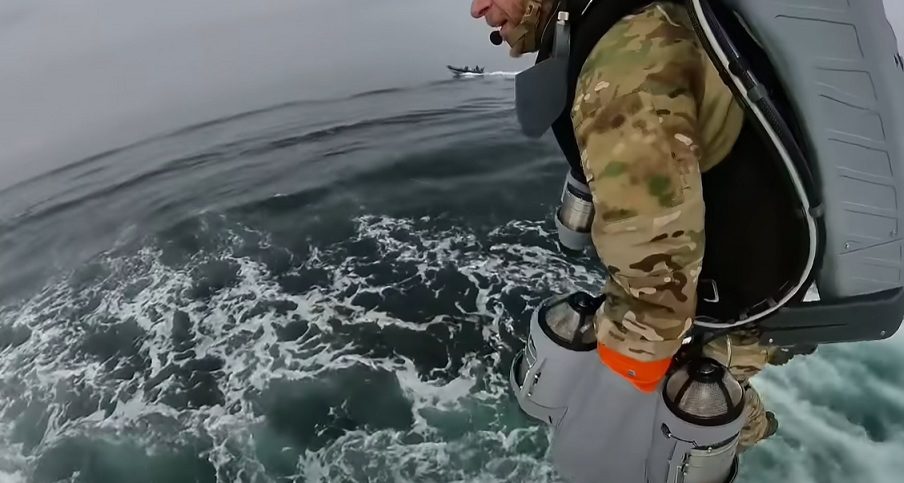 Maritime boarding operations are challenging and have traditionally involved troops coming alongside a ship in a fast boat and hooking a caving ladder or fast-roping from a helicopter onto the ship. Such operations often require special equipment and training to execute effectively.

In a new video release, British Royal Marines in jet suits have been seen assaulting a ship at sea, flying over the water like Iron Man.

With the jet pack, the wearer can launch from a fast boat, land on the ship, and then drop a ladder that others can use to climb aboard. Royal Marines can be seen doing exactly that in the video.

The jet suit is still experimental, but the vision “is to provide extremely rapid access to any part of the target vessel, instantly freeing up hands to bear a weapon, and even retaining the capability to relocate on target or self-exfiltrate,” the company announced.

In the video, one Royal Marine can be seen immediately disconnecting the arm-mounted jets and pulling out a ladder. After the ladder is secured, he pulls out what appears to be a handgun.

The operations depicted in the video were part of a trial, and the British military has not yet made a decision on whether or not it will purchase this technology, according to businessinsider.com.