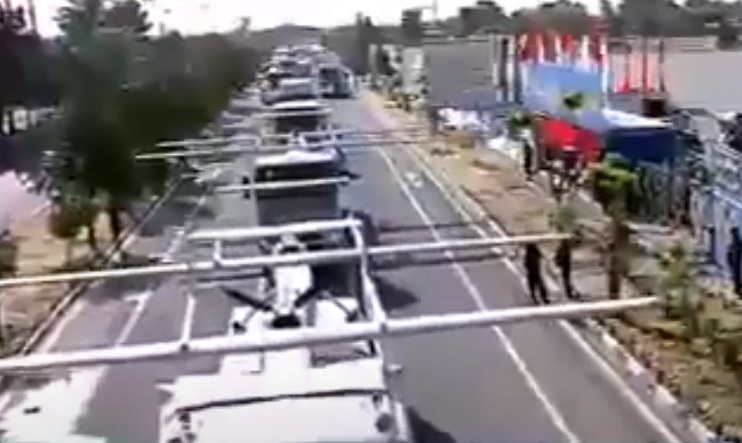 Iran has shown off an extensive collection of its military drones during the country’s annual National Army Day parade on April 18. The models demonstrated included an aircraft fitted for a variety of purposes – from committing simple kamikaze attacks and surveillance to carrying out precision strikes.

Also showcased were older Qods Mohajer-6 that was developed in 2017, as well as other drones in this UAV family developed for tactical-combat purposes.

Yasir surveillance drones and the HESA Karar UAV, normally used in shooting exercises, were also demonstrated during the parade.

The parade was limited in scale this year due to COVID-19 limitations.