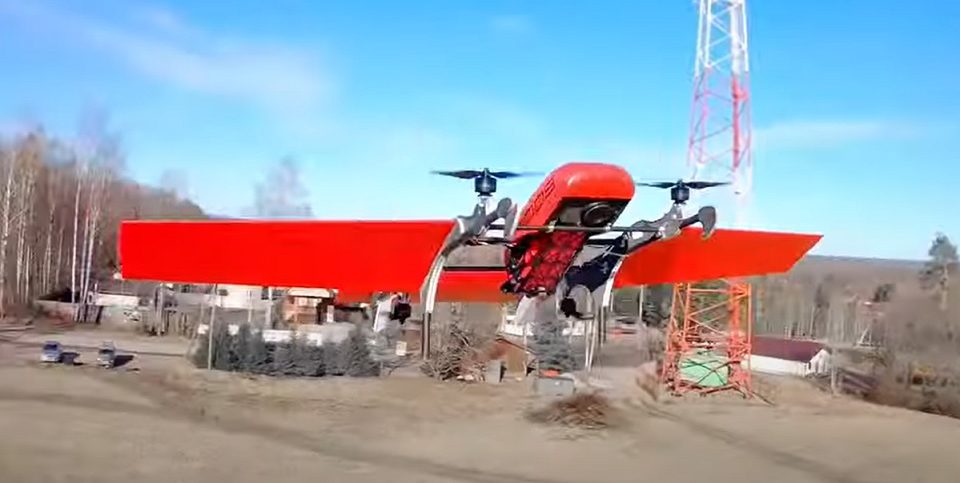 Mining, oil and gas, and other industries using drones for inspection are often limited by the drone flight distance, the complexity of cumbersome configuration, small payload capacity, failure to work in low or high temperatures, etc.

A hybrid, commercial UAV combining the take-off and landing maneuverability of multirotor drones and the increased payload and endurance of fixed-wing drones is designed to fill the gap. It is reportedly the world’s first industrial UAV to outperform other models in its class in both payload capacity and distance coverage.

A plug-and-play payload module design allows for various use cases.

The FIXAR drone manufactured by the Latvian company FIXAR UAVs has recently undergone testing. During testing, the UAV was used in the Elbrus mountain range – Europe’s highest point at 4500m above sea level – to create an accurate map (using orthophotography) as part of geodesic surveys for the construction of a cable car in mountainous terrain.

At altitudes with increased windiness, as well as challenging terrain, the drone maintained stability, functionality, was able to land within two-meter accuracy, and only required two minutes of flight prep time.

According to the company, “while most VTOL fixed-wing drones require that the angle of the motors change when transitioning from vertical to horizontal flight, the FIXAR 007 model uses a patented Fixed Angled Rotor system, meaning fewer moving parts or potential points of failure. Transitions are seamless, and all motors are in use throughout missions.

“The benefits of the FIXAR UAV ensure that drone operators can attach heavier payloads, including LiDAR or a combo of RGB and multispectral cameras. They are more versatile in terms of maneuverability and have longer airtime and distance – covering up to 400 hectares in a single flight or mapping 60 km of roads, railways, and pipelines.

“The combined benefits of the hybrid design means that FIXAR is able to replace drones with separate uses, and is able to complete in one flight what might otherwise require multiple flights. Field experience also has demonstrated that only two minutes are required for flight preparation, meaning that fewer operator hours are required per flight,” the company was cited in commercialdroneprofessional.com.

Advanced Missiles to Equip US Helicopters and UAVs

Pocket-Sized Tech for Every Soldier

New Operational System to Secure US Air Force Base

When There is No Communication Between Robots at Battlefield