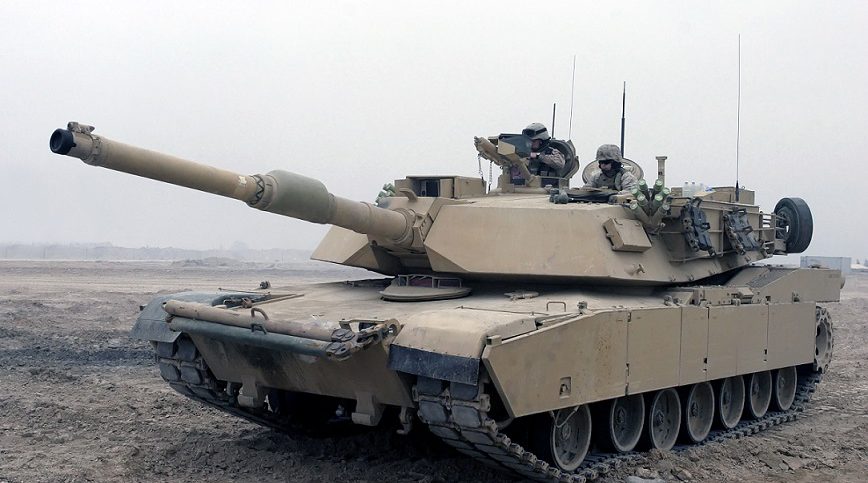 The top part of tanks and other armored vehicles is generally their most vulnerable area. This is the reason why the U.S. Army is interested in new anti-tank mines that will be able to automatically detect the arrival of enemy vehicles, fire submunitions into the air that would be able to sense those targets and attack them from above.

The service also hopes to eventually be able to link these weapons to other types of mines in heavily networked minefields to reduce risks to friendly forces and innocent bystanders.

In an announcement, the Army has asked for proposals for what it has officially described as “Terrain Shaping Obstacle (TSO) Top Attack prototype”.

The system is envisioned as one part, or Increment 1, of a three-part Common Anti-Vehicle Munition (CAVM) system. The other two planned components are an advanced “bottom attack” mine (Increment 2) and a network architecture (Increment 3) that will link minefields with both types together, as well as to actual humans, via a Remote Control Station (RCS) that can be installed like an app on tablet-like hand-held tactical computers.

A two-way connection allows the minefields to communicate their ‘health,’ such as whether individual mines have engaged targets or have somehow become non-functional, to a human operator. This would also allow soldiers to switch minefields on and off at will, allowing friendly forces to pass through or disabling them should innocent bystanders suddenly enter the area. “A device shall display authoritative safety information with a 1 in 1 million probability of false display of safe to the RCS operator,” according to the contracting notice.

According to thedrive.com, the M93 Hornet, also known as the Wide Area Munition (WAM) entered service in the early 1990s. It used seismic and acoustic sensors to spot targets. After that, the M93 would fire a submunition with an infrared sensor, which would then zero in on that target.

The Army had plans to integrate the M93 into various mine-dispensing systems, such as Volcano, which can be mounted on trucks or helicopters to rapidly emplace minefields across wide areas. However, this did not come to pass, and the Hornet has remained primarily a hand-emplaced system, making it hard to employ quickly on a large scale.

Readily available details about the XM204 are more limited, but it is described as a “munition system” that launches submunitions from a manually-emplaced launcher on the ground.