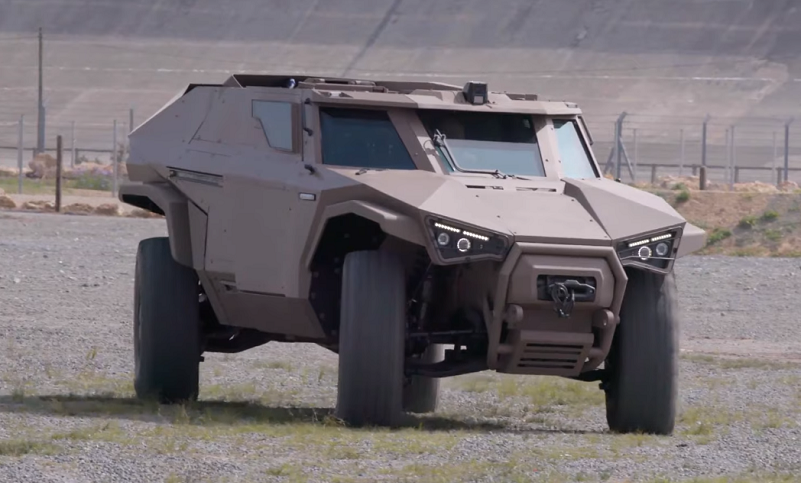 A new vehicle described as “the world’s first truly hybrid armored vehicle” can lock its front and rear axles to move sideways across a battlefield. The light armored vehicle is designed to serve as an air-droppable scout car, collecting battlefield intelligence.

The vehicle has left the development stage and is ready for the global market.

The rear wheels of the Scarabée provide independent steering so that it can not only make very tight U-turns (11m, or 36 feet) but, as the rear axle can be kept parallel to the front one in a turn, it can move simultaneously forward and sideways like a crab.

This unique capability means the vehicle can surge from cover and back again without having to maneuver and can also keep facing the enemy whilst moving sideways, as reported by defensenews.com.

The 8-ton Scarabée carries a crew of one driver and three passengers and features a 4×4 wheel layout. It can climb a 60-degree gradient, cross a 2.9-foot-wide ditch, and ford water obstacles almost 3 feet deep. The vehicle can be embarked in a C-130J Super Hercules, an A-400M Atlas transport, or a larger military transport aircraft, according to popularmechanics.com.

In its reconnaissance version, the vehicle is fitted with sensors, and equipped with Remote Controlled Weapon Station, Native Battlefield Management System, and Collaborative situational awareness.