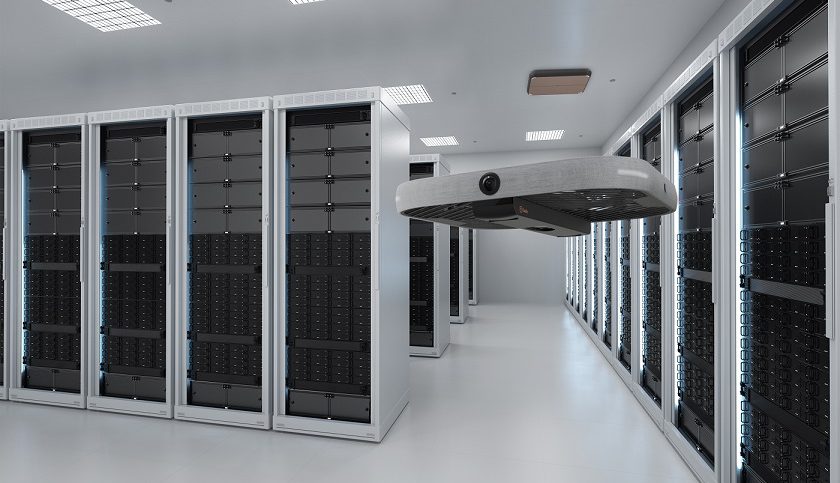 A newly-developed sophisticated drone designed to perform routine security missions inside buildings can monitor large indoor spaces, in response to both security and commercial needs.

Team 3, an Israeli security company, has signed a cooperation agreement with Israeli company Indoor Robotics that has developed the drone. The multi-rotor drone is equipped with a 360-degree camera, and flies inside the structure according to a predetermined plan. During the flight, the drone actually scans and “maps” the area.

It can be dispatched not in the predetermined timetable, if a problem is detected by another sensor installed in the building. According to the company, the drone can fly even in narrow areas and through doors.

The drone is equipped also with thermal sensors that are capable of detecting heat spots that can indicate a developing problem.

A ceiling docking station allows it to be recharged while continuing to serve as a security camera. The drone will detach itself from the docking station if a warning is received from one of the security sensors installed in the controlled structure.

The drone provides real-time video to the control center of the security company, that can therefore instruct the security guard to go directly to the area where a problem has been detected.

The company aims at the commercial sector warehouses, shops and other facilities. Doron Ben David, CEO of Indoor Robotics, explained that although the thermal camera used is a basic one, it is coupled with a special sensor which produces a panoramic thermal image of the space. “The thermal camera proved its capability to detect electrical sockets that got heated because of an electrical problem, something that can start a fire.” He added that the ceiling docking station is patent-protected and this location was selected due to the fact that when the drone is in the docking station it keeps using its sensors.

Nir Gilboa, CEO of Team-3, said that the cooperation with Indoor Robotics will enable his company to upgrade its services.

One facility guarded by Team-3 has been already equipped with the unique drone and others will be equipped in the coming months.