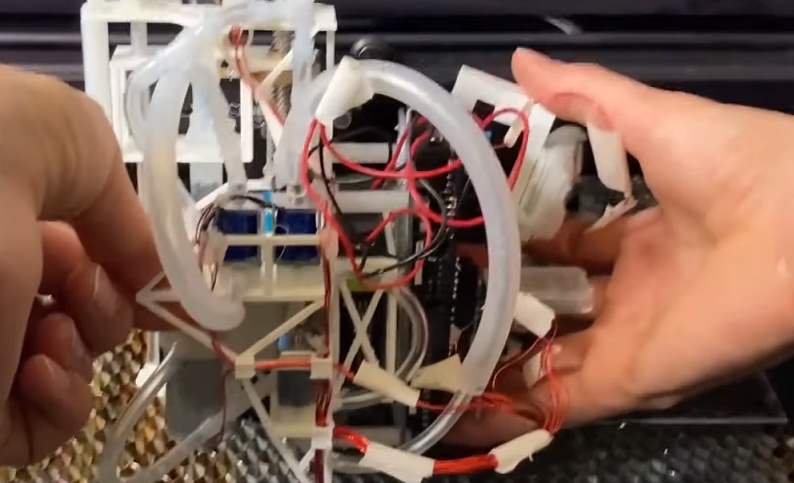 In the future, people shouldn’t be expected to have an engineering degree to build robots, any more than they should have a computer science degree to install software. New technology is about to materialize this vision.

While 3D printing (also known as additive manufacturing) has been capable of producing a range of objects, it still lacks the ability to fabricate more complex devices that are essentially ready-to-go right out of the printer. One of the challenges is the requirement for post-printing assembly. An outside party is required to put them together.

This type of “one-stop shop” could be beneficial for product developers, makers, researchers, and educators looking to rapidly prototype things like wearables, robots, and printed electronics.

“LaserFactory” has two parts that work in harmony: a software toolkit that allows users to design custom devices, and a hardware platform that fabricates them.

“By leveraging widely available manufacturing platforms like 3D printers and laser cutters, LaserFactory is the first system that integrates these capabilities and automates the full pipeline for making functional devices in one system,” says the team.

As an example, “let’s say a user has aspirations to create their own drone. They’d first design their device by placing components on it from a parts library, and then draw on circuit traces, which are the copper or aluminum lines on a printed circuit board that allow electricity to flow between electronic components. They’d then finalize the drone’s geometry in the 2D editor. In this case, they’d use propellers and batteries on the canvas, wire them up to make electrical connections, and draw the perimeter to define the quadcopter’s shape.”

As well as fine-tuning the current system, the researchers hope to build on this technology by exploring how to create a fuller range of 3D geometries, potentially through integrating traditional 3D printing into the process, mit.edu.reports.