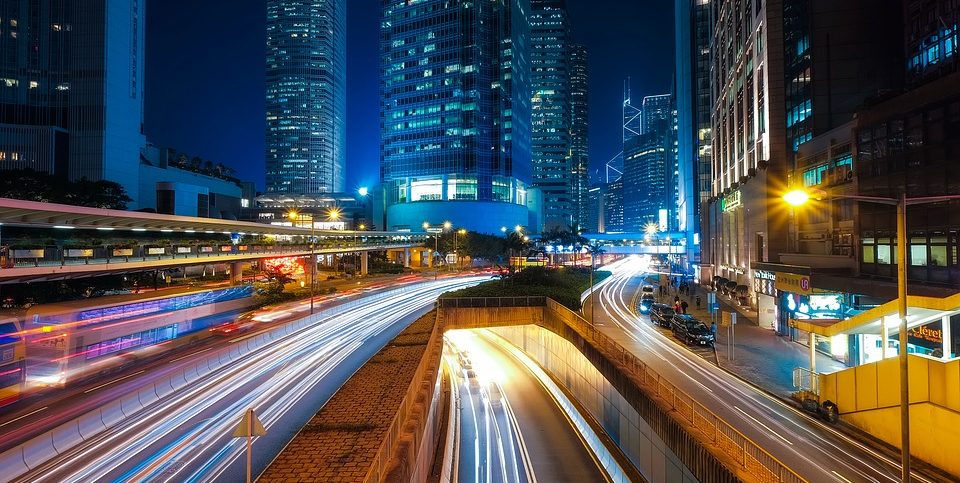 The global technology exhibition CES 2021, this year in a virtual version, has highlighted several trends in the smart city, public safety, and autonomy and robotics realms. Advances in technologies such as LiDAR, 5G, and AI have formed the base for new applications and platforms, while the COVID-19 pandemic was undoubtedly the enabler and accelerator of new trends.

Autonomous vehicles and smart infrastructure are already working together to create smart cities. LiDAR (light detection and ranging) technology has become an important building block of the smart city.

LiDAR is a sensing method that enables devices to glean what an object is based on its shape, a method for measuring distances by illuminating the target with laser light. In theory, when deployed on traffic lights, in parking lots and on enough vehicles, the technology could help contextualize what’s happening outside so cities can better manage energy, security, traffic congestion, etc. As LiDAR prices have come down in recent years, products based on this technology gained more attention in this year’s conference, according to washingtonpost.com.

Among others, these included Seoul Robotics’ Discovery, a software and hardware service designed to interpret light and radar data for factories, retailers, automakers and more. This easy-to-use “plug-and-play” LiDAR system allows a wide range of organizations to benefit from 3-D sensors, including, for example, cities that could use it on highway offramps to detect vehicles going the wrong way.

Intel’s Israeli subsidiary MobilEye has developed a strategy for making highly automated cars safe enough to use on roads across the globe by 2025. The company, a leading player in automotive technology, plans to leverage crowdsourced mapping, a camera-based computer vision system and a LiDAR suite to achieve its goal. The company has been testing its mapping technology in Munich and plans to use cameras built into production vehicles to map the world.

Pending regulatory approval, Mobileye will expand its fleet of autonomous test vehicles to New York City. Its project relies on two independent computer vision systems to ensure that vehicles are safer in self-driving mode than if a human were controlling the car. The two approaches are fused along with the 3-D maps allowing “safety-critical performance that is at least three orders of magnitude safer than humans,” according to Mobileye.

Blickfeld has showcased two new 3-D lidar sensors for cars, designed to produce a surround-view “that is crucial for automated urban traffic as well as robotic vehicles,” according to the company. Together, they’re designed to enable cars to handle more than one automated task at a time.

Reports claiming that Apple and Samsung will adopt LiDAR technology on their smartphone models have confirmed the increase in LiDAR adoption as a “Facial Authentication” and object recognition sensor.

The ability of a 3D camera system to observe, inspect, and scrutinize objects with depth of field (DoF) is gaining traction in pandemic entry screening, automotive screening, food, pharmaceutical, machine vision use cases and event security.  The Kandao Obsidian Pro is a professional 360 camera that can serve for public safety at crowded, high-risk events, according to securityinfowatch.com.

Panasonic’s augmented reality Head Up Display (HUD) has been designed to reduce driver distraction and increase road safety through eye-tracking technology, a 3D imaging radar and vibration control, among other features. The HUD projects holographic dashboard images to a driver’s windshield.

Drones are becoming an integral part of smart city transportation and resupply. Among the technologies was Skydio X2, an AI-enhanced drone made for enterprise and first responder use. The drone pairs with Skydio Autonomy, an AI-driven system that gives drones the skills of an expert pilot, with a foldable, highly portable airframe that leverages hyper-strength composites to withstand demanding environments.

In Germany, custom autonomous drones are helping Audi identify cars that are ready to be dispatched. Using GPS and RFID technology, the drones fly over all the vehicles on site, marking the location of each car. The company then uses this information in planning the completion and delivery of the vehicles.

Robotics has been one of the technologies mostly affected by the COVID-19 pandemic. At the exhibition, robotics stood out as a category that’s been pushed in a new direction by the events of the past year. Among the wide range of technologies, UK-based Shadow Robots announced that it will explore whether its Tactile Telerobot can be used in manufacturing COVID vaccines for Pfizer. LG’s CLOi robot is designed to be able to navigate around chairs and tables and irradiate an entire room’s touchable surfaces in between 15 to 30 minutes, depending on size.

A smart city Seismic Hazard Control solution showcased by P-Waver provides an additional 5-15 seconds of early warning time for regions located 30-100km from the epicenter. In order to prevent false alarms, the company installs multiple sensors to detect the initial wave. Data is processed using AI to detect its peak P-wave, and advanced trigger logic gives this EEW system a prediction accuracy as high as 98%.

The smart home and smart city concepts can not exist without the connectivity based on IoT devices, especially in the COVID-19 age. Bosch announced that it wants to lead the artificial intelligence of things (AIoT) – led by its rapid Covid-19 home test. The company also introduced a sensor that measures air quality and relative humidity – data that is important in the fight against the pandemic.

The company’s AI-based security cameras can also help in the fight against the virus. Moreover, using a software solution for the open camera platform of the Bosch startup Security and Safety Things (SAST.io), these cameras can detect whether the number of people in a shop complies with the prevailing coronavirus restrictions.

Several authentication technologies have been introduced at CES, among them CyberLink’s FaceMe Know Your Customer (eKYC) Solution that can be used during in-person interactions at a physical bank branch, or to authenticate customers remotely across digital channels. The solution can enable remote onboarding and subsequent step-up identity verifications, and is compatible with smartphones, computers, ATMs, and security cameras.

Qualcomm announced the 3D Sonic Sensor Gen 2, the latest version of its ultrasonic in-display fingerprint sensor. The new version offers a larger surface area for the sensor and faster processing to unlock phones even quicker.

Fi 6e has been one of the big talking points of this year’s event. Wi-Fi 6 marks a change in wireless networking enabling the use of a whole new band, providing better and more efficient use of the existing radio frequency medium.

Most of the Wi-Fi 6 enhancements involve a new multi-user version of OFDM technology (MU-MIMO). Affordable MU-MIMaO connectivity within consumer smart home and industrial smart spaces is so significant as security, environmental and safety users can easily coexist.

New video surveillance technologies have reflected the way software continues to reinvent video surveillance, taking what was once considered a “dumb camera” and turning it into an “intelligent sensor” through the development of new and ever-evolving platforms and applications.

Security and Safety Things (S&ST), a Bosch subsidiary, has demonstrated its app-based approach to surveillance. Among other uses, the smart cameras technology is applied for occupancy detection and control, in order to measure and adjust the number of people in stores automatically without the need of a doorman.

Japanese startup Idein showcased its Actcast Platform as a Service solution, which enables businesses to turn their currently installed security cameras into AI-powered surveillance networks using a small, single-board computer known as a Raspberry Pi at the edge.