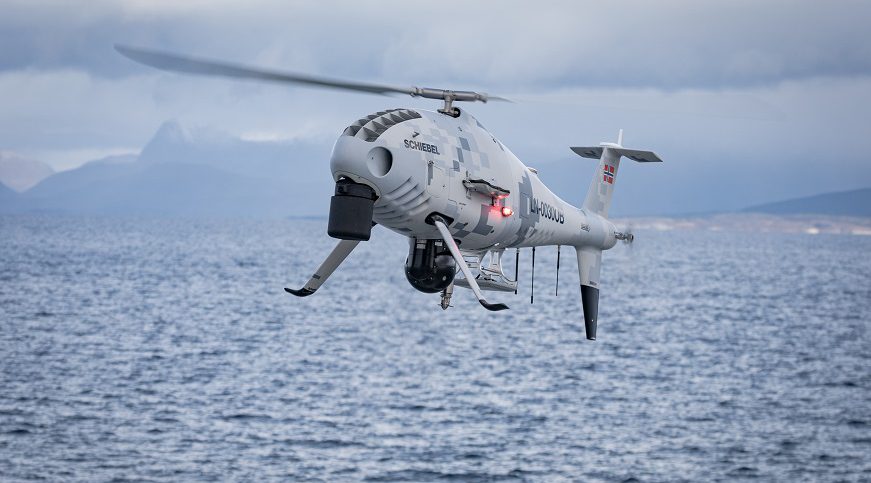 New unmanned aerial vehicles will significantly enhance the French Navy’s Intelligence, Surveillance, and Reconnaissance capabilities. The French Navy has accepted for operational use two further CAMCOPTER S-100 UAVs with a total of four. They will be deployed on Mistral-class amphibious helicopter carriers.

The acquisition comes after the successful integration of the CAMCOPTER S-100 on the French Navy Mistral-class vessel Dixmude, which was finalized in 2019. This was the first time in Europe that a rotary-wing UAV had been connected to the combat system of an amphibious helicopter carrier, as reported by uasweekly.com.

Scheibel’s CAMCOPTER S-100 VTOL UAV operates day and night and can carry multiple payloads up to a combined weight of 50 kg. Due to its minimal footprint, reliability and airworthiness pedigree, it is ideally suited for maritime operations around the globe.

The S-100 navigates automatically via pre-programmed GPS waypoints or can be operated directly with a pilot control unit. Missions are planned and controlled via a simple point-and-click graphical user interface. High-definition payload imagery is transmitted to the control station in real-time. Using “fly-by-wire” technology controlled by redundant flight computers, the UAV can complete its mission automatically in the most complex of electromagnetic environments. Its carbon fiber and titanium fuselage provides capacity for a wide range of payload / endurance combinations, according to the company’s website.

Over the next few months the newly acquired UAVs will be integrated on the French Navy’s vessels Tonnerre and Mistral, significantly enhancing the helicopter carrier’s Intelligence, Surveillance, and Reconnaissance (ISR) capabilities.