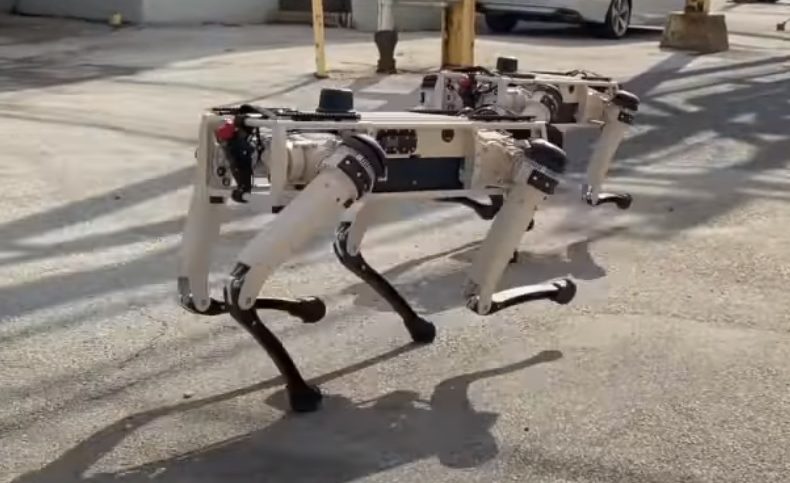 The U.S. military has been interested in unmanned vehicles that can accompany troops moving on foot. It is over this backdrop that an unusual robotic system was recently deployed during a US Air Force exercise: “Robot dogs” designed to enhance the situational awareness of security forces during a mission.

The exercise simulated an agile combat employment during which airmen scrambled to secure a simulated airfield against hostile attack.

The four-legged robots — developed by Ghost Robotics as part of a US Air Force Research Laboratory contract — were deployed to Nellis Air Force Base in Nevada.

The exercise was planned to test the Air Force’s next-generation Advanced Battle Management System, “a state-of-the-art system designed to provide combatant commanders the ability to control Department of Defense assets in real-time,” according to the Air Force.

“Beyond all-terrain stability and operation in virtually any environment, a core design principle for our legged robots is reduced mechanical complexity when compared to any other legged robots, and even traditional wheeled-tracked UGVs,” according to the company.

Vision 60 is not the only robot dog available. Spot is a yellow robot dog model, manufactured by Boston Dynamics, with capabilities such as climbing terrains and avoiding obstacles.

In Search for Next-Generation Replacement for Old UAV

Skyborg Advanced System is Under Way