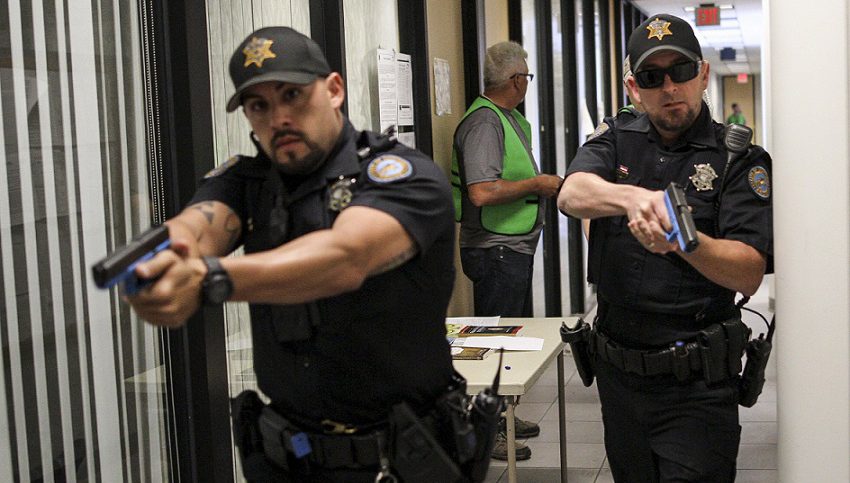 That tool is usually the throw phone. A dedicated and secure phone system that allows the subject to communicate with the negotiator in a controlled environment. The typical throw phone is a ruggedized system that can take a lot of punishment and it needs to because it is often quite literally thrown. The phone is usually delivered to the subject by a SWAT officer who tosses it through a broken window. It’s also sometimes sent in by robot to avoid undue hazard to an officer.

Overt and covert features on the typical throw phone system allow negotiators to gather intelligence about the situation, talk to the subject, and share the conversation with supervisors and other police personnel at the scene. Throw phones are not only expensive, but they also cannot be upgraded merely by downloading new software.

LETS 2020 is a platform of police tools similar to the way Microsoft Office 365 is a platform of business tools. The foundation of the platform is LETS Monitor, which enables situational awareness capabilities for all of the LETS products, providing the user with the ability to view video, record and listen to audio, listen to phone calls, remotely control bug phones, and receive real-time alerts for all LETS 2020 operations.

Other apps in the platform include a drone, which offers live streaming on drone video over smartphones; an evidence capture and management tool; a covert call and text app, and more.

The development was based on the help of experts who know about the tools police currently use during standoffs and SWAT operations and how to make them better.

Officers using LETS 2020 have access to both an inexpensive throw phone app, which can be deployed covertly on any Android smartphone, and a complete negotiations system that requires no expensive hardware. The LETS Respond app can covertly stream live audio and video without the suspect knowing and can be used to communicate with the negotiator. In addition, the app allows negotiators to communicate with subjects via text, the preferred method of some hostage takers and barricaded suspects, as reported by policemag.com.

Weapon Screening Taken to the Next Level