home Perimeter Security Border Security Egozi: The Multinational Force and Observers in Sinai – Is It the... 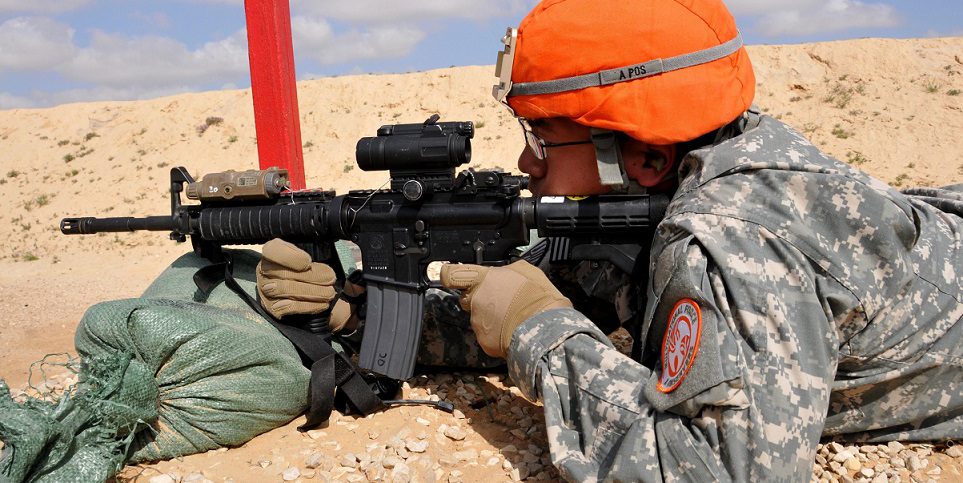 The Pentagon is considering eliminating or reducing its participation in the multinational force in Sinai. This position was expressed recently at a congressional hearing and talks with IDF. This intention causes high concerns in Israel.

The Multinational Force and Observers (MFO) is an international peacekeeping force overseeing the terms of the peace treaty between Egypt and Israel and is operating in and around the Sinai peninsula.

The United States is one of 15 countries that make up the peacekeeping body, which patrols the region, operating mostly as a separation of forces between Israel and Egypt. Under the terms of the treaty, Egyptian soldiers are banned from Sinai, with enforcement undertaken by police and Special Forces.

The U.S. has gradually reduced its forces in Sinai over the years. Currently, there are 454 American troops out of a total of 1,156. When the forces were first deployed, there were over 1,200 U.S. troops participating.

The change in the U.S policy can be explained in US President Donald Trump’s policy of reducing military involvement worldwide, as well as budgets.

Chairman of the Joint Chiefs of Staff, General Mark Milley, told the House committee that the validity of the military mission of holding a U.S. unit is being re-examined. Minister of Defense Mark Esper added that the justification for the existence of various emergency and response forces stationed abroad was being examined. The administration wants to eliminate such forces or focus them on the expected clashes over the next decade with Russia and China.

Experts say that an absolute withdrawal of US participation in the multinational force in Sinai is impractical because the security annex to the peace agreement between Israel and Egypt is anchored in the existence of this force.

Since the rise of the Muslim Brotherhood for a short period in Egypt, during the Mohammed Mursi period, and with the strengthening of the Islamic State (ISIS) in the Sinai province, the threat to multinational forces, especially in the northern peninsula, has increased. The force changed its preparedness, canceled stations and patrols, and moved its headquarters from the Al-Arish area to Sharm el-Sheikh in the south, which is considered safer, but the risk to American lives continues to exist and the Pentagon prefers to return soldiers before a mass attack and not after it.

The idea of ​​abolishing or at least reducing US military involvement in Sinai occasionally arises, for reasons of saving or isolation, and worries Israel about the possibility of a regime change in Cairo. From the agreement with the Taliban, which is intended to allow the US military to evacuate from Afghanistan after almost two decades, the IDF can learn that no fact established decades ago is irreversible.

Washington’s plans sent shock waves in Israel in spite of the political turmoil that was caused by the third general elections in a year on March 2.

Israeli sources close to the issue say that the peace with Egypt is “cold” but has so far sustained some dangerous issues.

According to a report prepared by the Israeli Institute for National Security Studies (INSS) the situation in Egypt can change abruptly. Over the course of September 2019, Egyptian President Abdel Fattah el-Sisi faced his most severe public crisis since taking office in June 2014. Videos circulated widely on Facebook accused Egypt’s top military and political echelons of a slew of corruption offenses and encouraged the public to demonstrate against the President.

“Despite the fact that the Egyptian regime has managed, for now, to contain the protests, the fundamental economic and political problems that fueled the public anger remain in place. Thus a possible resumption of the protests, perhaps in even more violent form, cannot be ruled out. As recent events have shown, the Muslim Brotherhood is lying in wait.”

‎Gen. (Ret.) Amos Yadlin heads now the Israeli INSS. He is a former general in the Israeli Air Force (IAF and was head of the IDF Military Intelligence Directorate.

“The u.s plan to withdraw its unit from the MFO is not good for Israel. This body gives stability to the peace treaty between Egypt and Israel. It’s a symbolic force but in case of a political change in Egypt this force will help a new government to explain why it refrains from going to war with Israel.” He added that Israel must oppose the American plan.

Maj. Gen. (Ret.) Amos Gilead served as Director of Policy and Political-Military Affairs at the Ministry of Defense. Before that, he was Head of the Military Intelligence Research Division;  Coordinator of Government Activities in the Territories; and Military Secretary of Prime Minister and Defense Minister Yitzhak Rabin.

He said that the MFO is the only international force in the Middle East that is under U.S command. “This is a very important force. If the Americans pull out the force will disintegrate. Israel must do everything to avoid this planned pull-out.”

The Israeli Ministry of Defense has not answered questions about the issue.

The spokesperson of the U.S embassy in Jerusalem said that only the Pentagon can answer questions that are related to the U.S participation in the MFO.