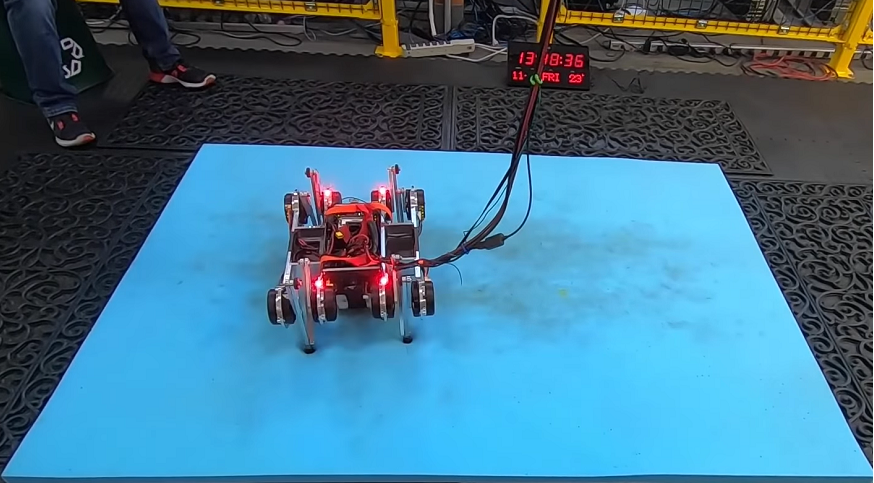 Walking is a difficult task to learn. One of the more challenging aspects of developing a humanoid robot, is getting it to walk like a human. A group of researchers have recently created a robot that was able to teach itself how to walk in just a few hours and without any human intervention.

Usually, when teaching robots how to walk, a roboticist must either code each step the robot makes or build a simulated environment so that the robot can complete its trial-and-error training. However, both these methods require a lot of time, so researchers have utilized reinforcement training in order to teach the robot how to teach itself how to walk. Reinforcement training is a type of machine learning that uses software to gather information about the surrounding and continuous repeated trials that reward successful walking attempts.

The researchers have first trained the robot to walk on a flat surface before having the robot attempt walking on different surfaces, such as a soft mattress or a surface with geometrical crevices.

Sehoon Ha, a lead author of the study, has mentioned that it is difficult to build quick and accurate simulations for a robot to explore. It is possible to model every crack in the asphalt, however that doesn’t help much when the robot walks down an unfamiliar road in the real world.

“For this reason, we aim to develop a deep [reinforcement learning] system that can learn to walk autonomously in the real world,” Ha wrote.

The only coded part of the robots operations was used when the robot fell. The robot has been coded to pick itself up when it falls, however, according to Popularmechanics.com, researchers hope to eliminate the code for this action and have the robot teach itself how to rise.

Removing time consuming code and simulation trails can help roboticists invest more of their time understanding how their robotics interact with its surroundings. This will hopefully one day create useful applications in the realm of autonomous robots and systems, such as search and rescue robots and reconnaissance robots, scouting ahead of troops in foreign hostile environments.

3D Camera Will Support Autonomy in Self Driving Cars