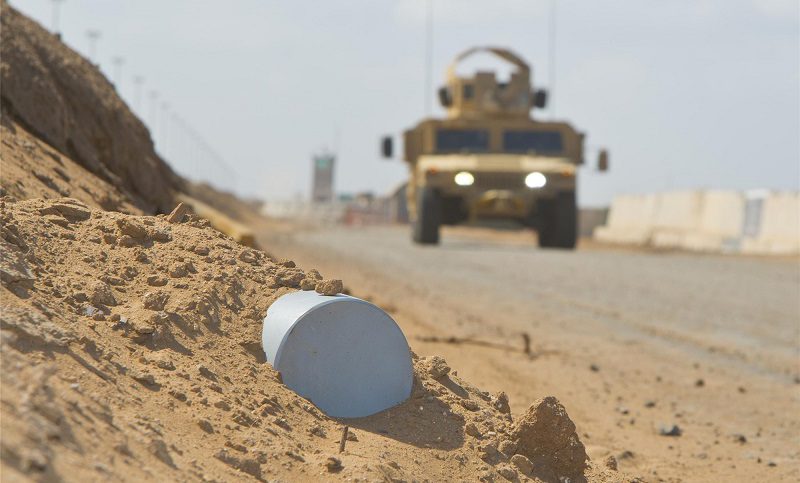 Roadside improvised explosive device (IED) is typically made by civilians using conventional materials and commercially available chemicals. Such improvised explosive devices can be used by criminals, vandals, terrorists, suicide bombers etc. Almost any organization can create and use IEDs to cause harm to targets of its choice, including civilians and first responders such as firefighters, medical personnel, and the police.

One of the principal problems associated with IEDs is their improvised nature. An IED can be made with various combinations of materials and chemicals.

Its variability makes training designed to locate, identify, and ultimately render safe such devices a great challenge. The core idea behind training responders such as police and bomb squads is to make the training as realistic as possible.

A team from Los Alamos National Lab led by David Mascareñas of the National Security Education Center has developed a software suite that, in conjunction with the hardware associated with augmented reality, can be used to train first responders in locating, identifying, and rendering IEDs safe under a variety of scenarios.

The immersive nature of augmented reality makes it a good method to train first responders in countering dangerous devices with no chance of exposing the trainees to actual physical danger, according to losalamosreporter.com.

“We have developed a prototype of this technology specifically designed to help first responders train in countering IEDs,” Mascareñas says. “So, what we’ve done is take the various components that make up an IED and use augmented technology to overlay these components onto the real world.”

The headset is linked to a computer that runs a software program that enables the user to blend objects into the real world rather than a user entering a virtual computer world.

“Our software enables users to bring up information about specific IEDs to identify exactly what they are dealing with,” Mascareñas continues. “The software can also simulate various types of sensors, such as an infrared sensor that once tripped, can trigger an IED to explode. If a trainee gets too close to such a sensor, for example, it can set off the IED, thus ending the training exercise.”