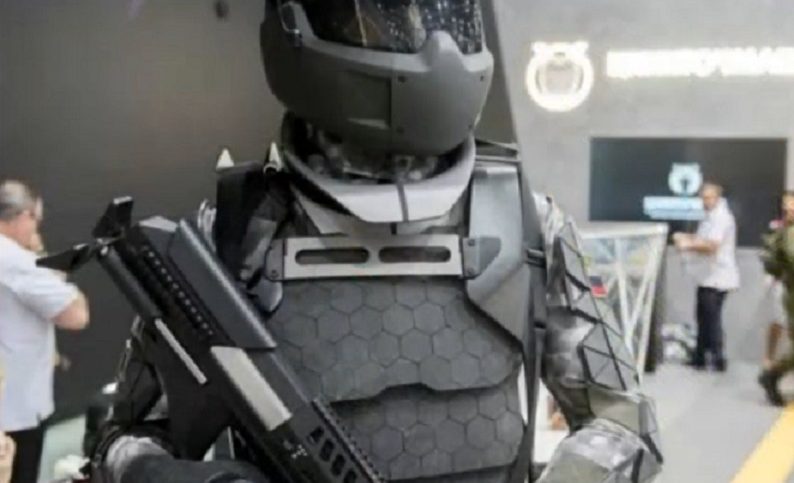 Several Russian troops are getting the latest “soldier of the future” combat outfits. The third generation Ratnik combat outfit is a full body combat suit that supports soldiers physically and grants them continuously updated situational awareness in the battlefield.

The Ratnik combat outfit is more than an outfit, its an entire system. Consisting of 10 different subsystems, the outfit can be altered to better match the soldier to the battlefield conditions. Asides from advanced protection from projectiles and shrapnel, the Ratnik combat outfit also provides soldiers with communications, target acquisition devices, navigation, situational awareness, and more.

Tass.com mentions that the suit comprises over 40 life support and protective elements that include a heater, water filter, gas mask, and medical kit.

Each part of the combat suit offers different benefits for the soldier, with the suit’s helmet being the most crucial part of the Ratnik combat suit. The fully bulletproof helmet comes equipped with a display hub that displays thermal imaging, health data, temperature, and other information that would increase situational awareness. Militarymachine.com reports that inside the helmet there is also a breathing apparatus.

As for the suit’s arms, they come lightweight without having too much technology weighing down the soldier’s arms. The only notable piece of technology on the suit’s arms is a self winding, nuclear blast proof watch that stays accurate at all times and is incredibly reliable in all conditions.

The Ratnik’s bulletproof torso piece is made from a certain fabric that makes the soldier invisible to infrared imaging due to the fabric containing most of the soldier’s heat inside the suit. The torso is flame proof and water resistant and the soldier can adjust the temperature inside the torso, making the suit fully operational for the soldier anywhere between -22 and 122 degrees fahrenheit.

Finally the suit has a titanium framework running from the boots all the way up to the waist. The framework helps the soldier redistribute weight while on the move. It will also help the soldier move faster while retaining stamina. The suit’s boots are landmine resistant and flameproof, while the entire leg of the suit is protected against shrapnel.

The Ratnik suit has been in development for about a decade. In the future, Russia hopes to enhance the suit’s life support and medical capabilities.