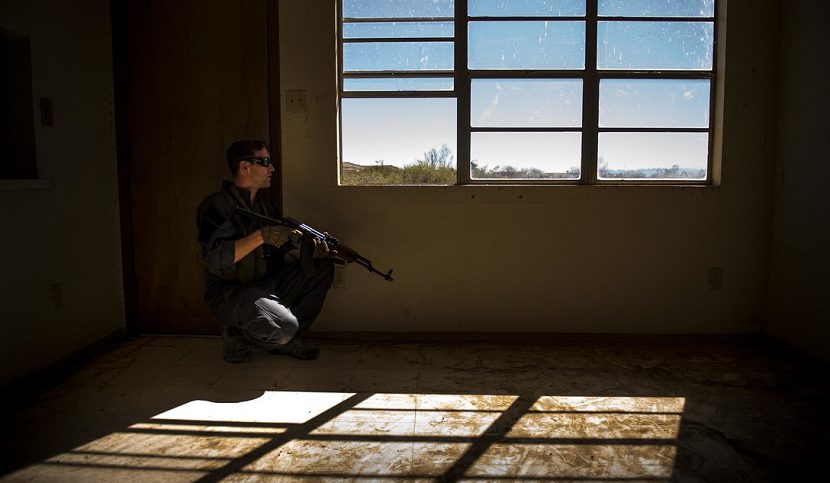 In most emergency situations having good and reliable situational awareness is the difference between a successful and unsuccessful operation for first responders. In almost every situation, first responders would be better off if they were able of sensing what, who, or how many people are behind the walls in the vicinity.

Because of this Corbin Hennen, Rob Kleffner, and Megan Lacy have developed Lumineye. Lumineye is a radar device that can sense moving humans through walls.

The 3d printed device utilizes pulse radar technology that uses a similar concept to echolocation. The device sends signals and it listens for how long it takes the signal to return to the device. The device then can analyze the signals and reveal the size, range, and movements of what’s on the other side of the wall.

Depending on the thickness of the wall, Lumineye can detect humans up to 50 feet away.

Lumineye would be very useful in a hostage situation. In such a scenario, first responders could know how many people are in a closed room and how far away from each other they are. This would help first responders devise a tactical approach to the situation.

In contrast to the large and heavy devices that currently exist, Lumineye was inspired to develop a smaller, more portable device that won’t be too much of a burden to carry. The system weighs about 1.5 pounds and is about 10 X 5 inches.

Techcrunch.com mentions that the Lumineye team wants their device to be common in most places. As they continue to manufacture the device, they are currently selling the device directly to their customers.