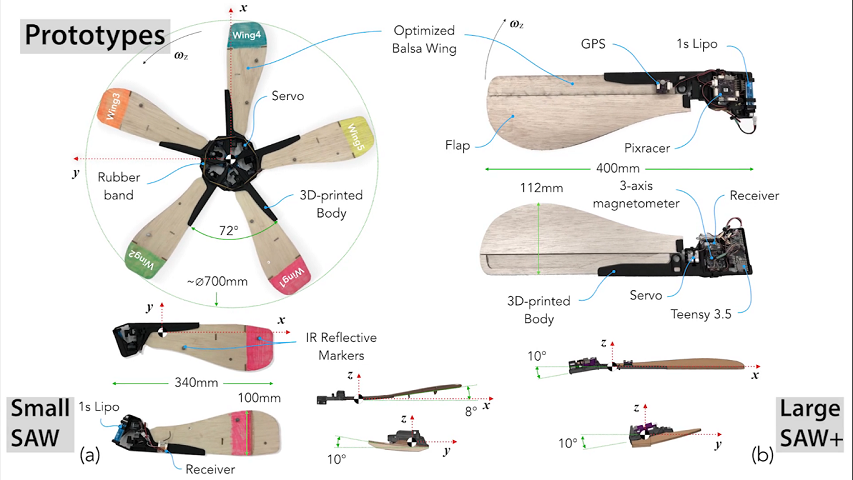 A team of researchers from the Singapore University of Technology and Design have created a drone that is constructed by five smaller drones that can detach and fly independently mid flight.

To say the drones can fly independently is slightly misleading, the drones aren’t actually capable of sustained flight just yet. They work more like guided airdrops rather than actual flying vehicles.

When the 5 mini drones are connected they form a ceiling fan shape, with each blade being one mini drone. The intent is to drop the five connected mini drones and have them disconnect during the fall.

During disconnection each “blade” disconnects and begins to fly, or rather fall, independently. Each mini drone has a controllable flap, allowing the operator to control the drones enough that they can navigate the falling mini drone to the correct landing site.

Futurism.com reports that the research team intends for the detaching drone concept to be used in the future to accurately deliver payloads for military, research, or humanitarian missions. These payloads could be anything ranging from weapons, to food, to medical supplies.

Watch the research team test the drone’s falling and detachment capabilities below: