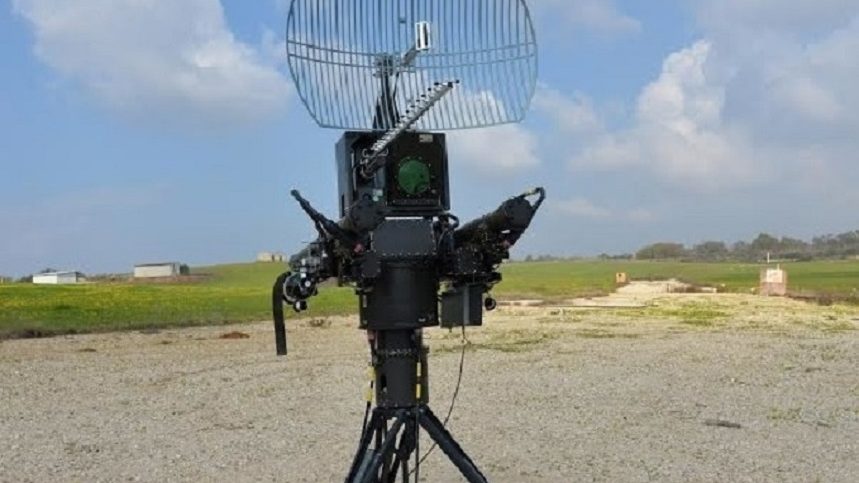 “Red Sky” tactical air defense system was recently upgraded to provide an operational response to drones’ growing threat. IMI Systems demonstrated the next generation of the integrated one of its kind system for intercepting aerial threats and targets as well as neutralizing drones. The company specializes in protecting strategic sites (“Point’s Protection”) and borders between states,

The “Red Sky” presentation successfully showcased to a gathering of senior officials from 14 countries, including military attaches and technology consultants, several scenarios of drones’ attacks alongside the detection, identification, automatic tracking and neutralization.

“Red Sky” is a short-range air defense system that utilizes existing customers’ shoulder-launched missiles and is designed to intercept aerial targets in an automated manner, using autonomic capabilities of scanning, tracking and dispatching. The lightweight, portable system provides an efficient defense solution against a variety of descending aerial threats, according to the company’s announcement.

The “Red Sky” system provides a comprehensive solution against drones’ threats, including detecting and identifying hostiles, automatic tracking as well as disrupting and neutralizing their abilities before carrying out their missions.

The system can be integrated into the defense array of sensitive facilities, in urban areas and/or other and can also be installed on a vehicle and protect maneuver forces against aircrafts and drones.

Throughout last months, the system has excelled in an entire series of experiments and demonstrations conducted by one of the most advanced armies in the western world during the day, night and adverse weather conditions in many scenarios of Drones attack.